THE STORY
Ginrinsou is located 30 minutes from Sapporo in the port city of Otaru on the west coast of Japan's northernmost island of Hokkaido. Priding itself on its historical heritage, architectural legacy, and impeccable service, Ginrinsou is one of Hokkaido's most prestigious ryokan. Ultimate relaxation is offered by soaking in its beautiful open-air hot spring bath set high atop a small cape with a breath-taking panoramic view of Ishikari Bay. For your dining pleasure, French cuisine, as well as an outstanding selection of Japanese food highlighted by seasonal seafood delicacies, is offered at its tastefully decorated Ginrinsou Grill.

Ginrinsou had its beginnings over 130 years ago, in 1873. At that time the local waters, teeming with herring, brought unprecedented wealth to the local region and gave rise to the 'herring estates' of the prosperous herring entrepreneurs. Sparing no expense, they called in master craftsman who selected the very best of the world's most highly regarded wood and stone and erected magnificent private estates.

Ginrinsou, originally a 'herring estate' itself, was moved to its present location, high atop Cape Hiraiso, in 1938 and opened to the public as a Japanese inn. Then, in 1986, after the successful drilling of a natural hot spring, the beautifully landscaped open-air bath with its awe-inspiring view of Ishikari Bay was completed.

Cherishing the legacy of its past, Ginrinsou offers glimpses of bygone days and a grandeur rarely seen nowadays, as evidenced by its red cedar hallways and imposing rooftop tower. Designated as one of Hokkaido's 100 most important cultural properties, it remains to this day a relaxing refuge for ryokan lovers attracted by its superlative trademarks --- breathtaking panoramas, inviting hot springs, and exquisite cuisine, all presented with personalized, heart-warming hospitality.
BOOK NOW 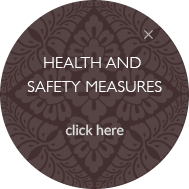