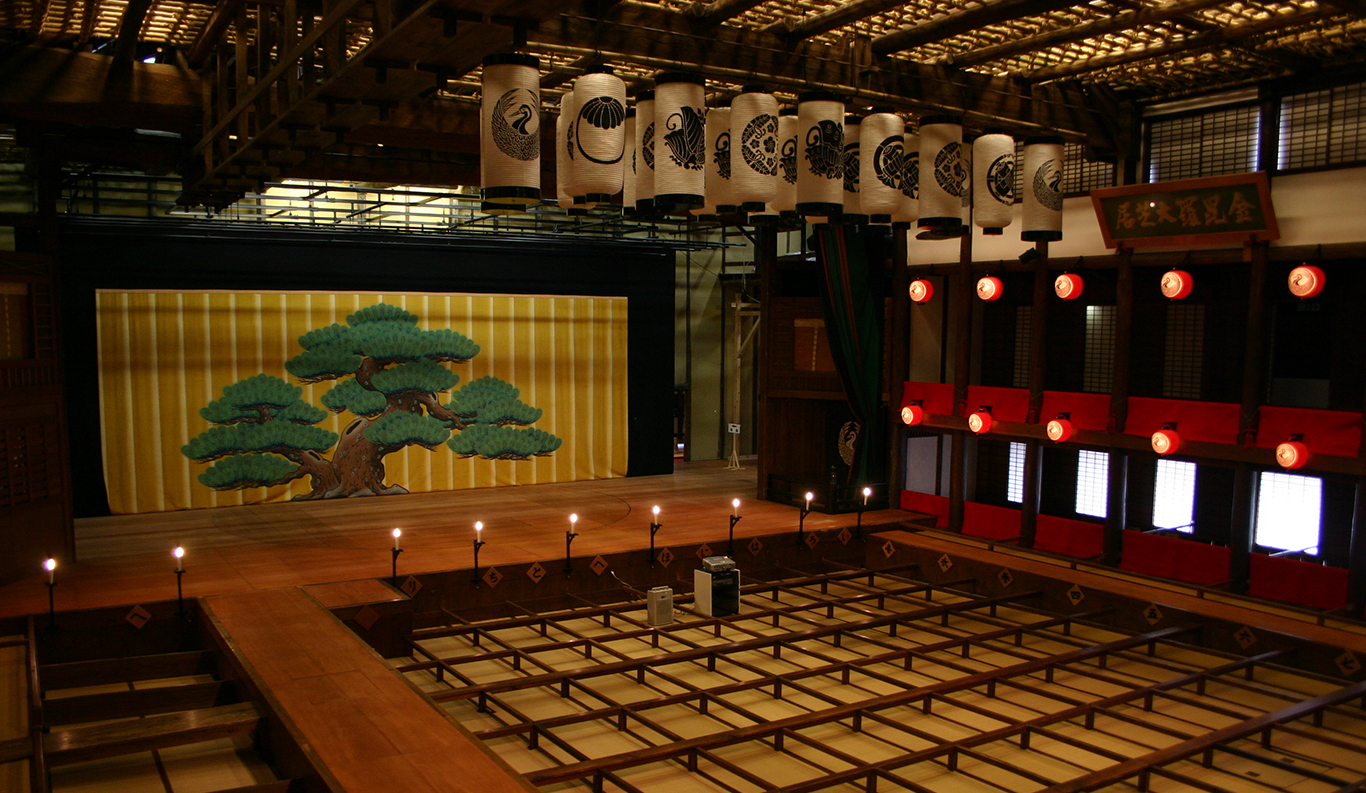 Setouchi – the Inland Sea and the Origins of Japan Awaji Island, HYOGO & Kotohira, KAGAWA 5 Days 4 Nights
Arrive at Kansai International Airport. You will be welcomed by an English-speaking driver and transfer to Villa Rakuen by private car, 2 hours and 30 minutes, plus another hour for sightseeing. 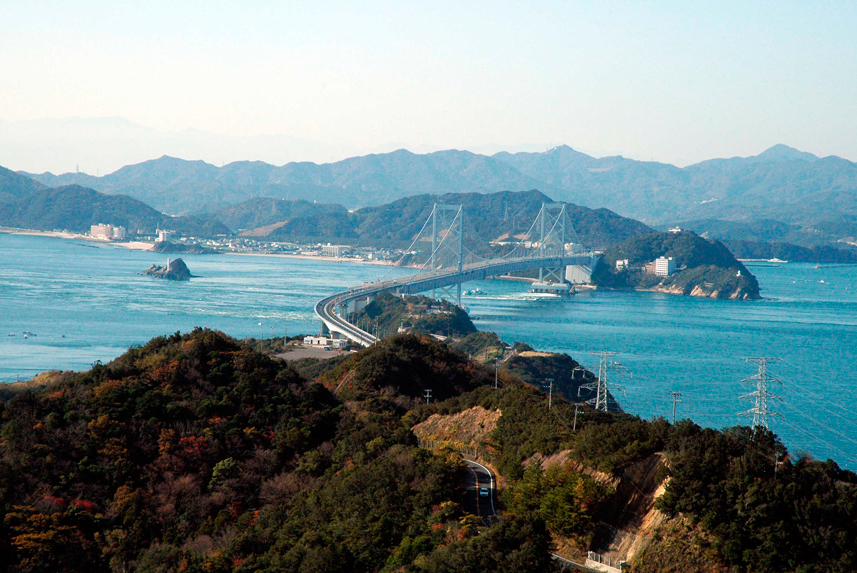 *You might spend a night in Osaka or Kobe before you travel to Awaji Island.
*There is an express bus that runs from Osaka and Kobe to Sumoto bus center, 2 hours and 30 minutes. Villa Rakuen has a complementary pick-up service from the Sumoto bus center; please book in advance.
*You could also travel from Kyoto by car, 2 hours and 15 minutes.

About Awaji Island and the Kuniumi Shinwa legend
Awaji Island has an especially long history – it dates from before the beginning of time. According to the Kuniumi Shinwa, Japan's creation myth, two divine beings, Izanagi and Izanami, male and female, descended from Heaven to create a land where humans could live. The divine couple churned the ocean with a heavenly spear to create form out of the void; drops of salt water fell from the spear-tip, and these drops formed what is now Japan.

According to the “Kojiki” and the “Nihon Shoki,” the two 8th century texts by which this myth has been passed down, the first island to be created was Awaji Island. Now home to numerous sites associated with Japan's creation myth, it attracts visitors with relics of Japan’s early history. Izanagi Shrine, the oldest shrine in Japan, was, legend has it, built on the site of the divine couple’s dwelling.

Echoes of the ancient myth can be found in locations dotted all over Awaji Island, including Onokorojima Shrine, as well as on the islands of Eshima and Nushima. 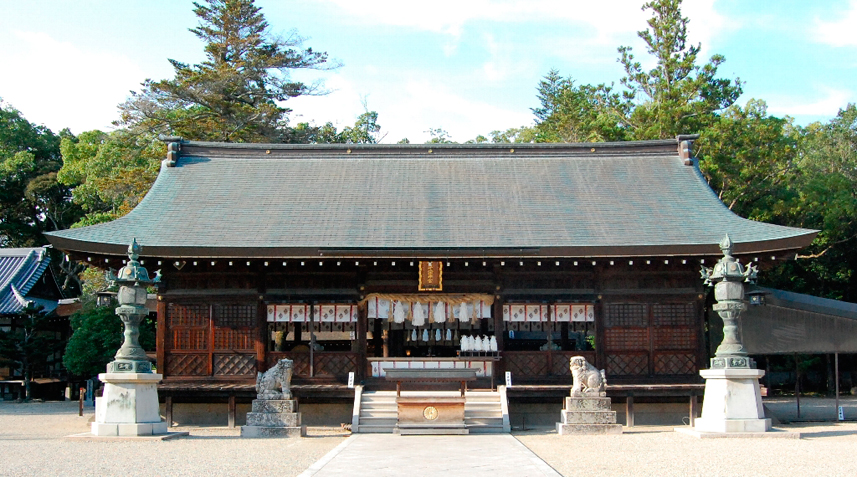 Izanagi Jingu (shrine)
In the myth, Izanagi and Izanami created Awaji Island first of all the islands of Japan. Izanagi Jingu enshrines and worships the divine coupe. Said to be the oldest shrine in Japan, Izanagi is located 30 minutes from Villa Rakuen by car.

You can then accompany a local storyteller for a stroll around the grounds of the shrine. You will be permitted to go into the worship hall and receive a blessing from a Shinto priest, who will purify your body and soul in the traditional Shinto way.
*Advance booking is required for English-speaking guide.
*It takes about 1 hour, required for sign up at 13:30. 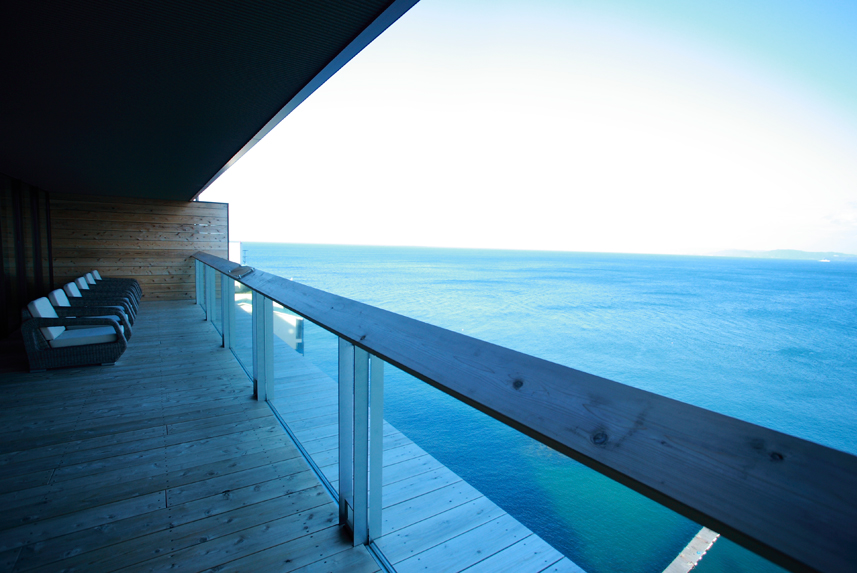 Check in at Villa Rakuen
The elegant Villa Rakuen has all the charm and warm hospitality you would expect of a traditional family-run ryokan. Its spacious, airy rooms and opulent bathing facilities attract onsen hot spring lovers from all over Japan, especially from the Kansai district around Osaka, Kyoto and Kobe. Gaze at the ships passing to and from the Port of Kobe, feel the cool ocean breezes as they caress your cheek, and listen to the sounds of surf and the calls of birds circling over the harbor – a scene that seems to have been created for contemplation and relaxation.

Enjoy the hot spring baths until dinner time. All rooms at Villa Rakuen have rotemburo open-air hot spring tubs. There are several other unique and remarkable onsen public baths with panoramic views of the ocean. A spa is also available.
Check-out from the ryokan and embark for your next destination, the town of Kotohira, by private car, 2 hours.

Miyako Bijin Japanese Sake Brewery
The Miyako Bijin (Metropolitan Beauty) brewery is definitely worth a visit. You will be welcomed by staff and enjoy a sake-tasting session.

Sake and its production is closely linked to the Japanese people and culture. Miyako Bijin has a long history and still makes sake with the ancient tenbin-shibori method, using a balanced log to squeeze large bags of rice malt. Only a few sake breweries still use this method in Japan. 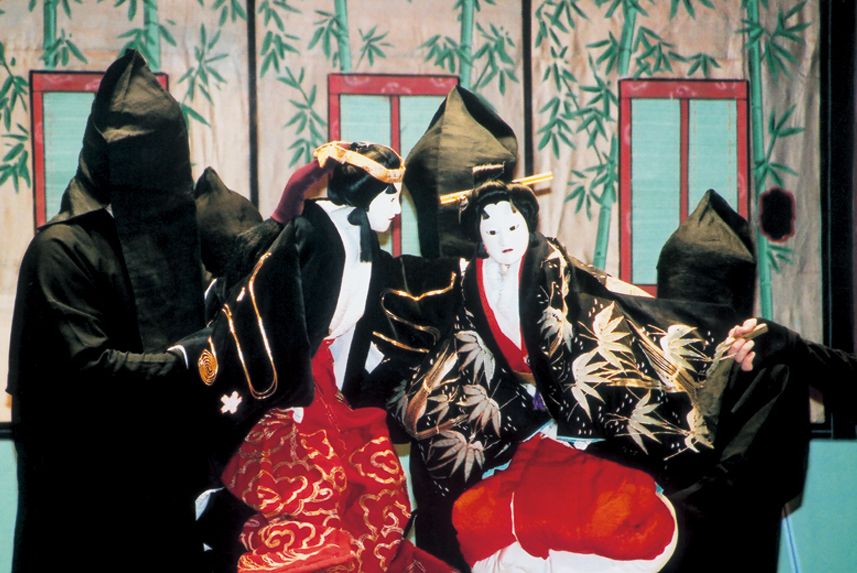 Awaji Ningyo-Joruri za
This is the perfect place to appreciate a performance of Awaji Ningyo-Joruri, Japanese traditional puppet theater, in Awaji. This art form has a long history of over 500 years.
*Closed on Wednesdays 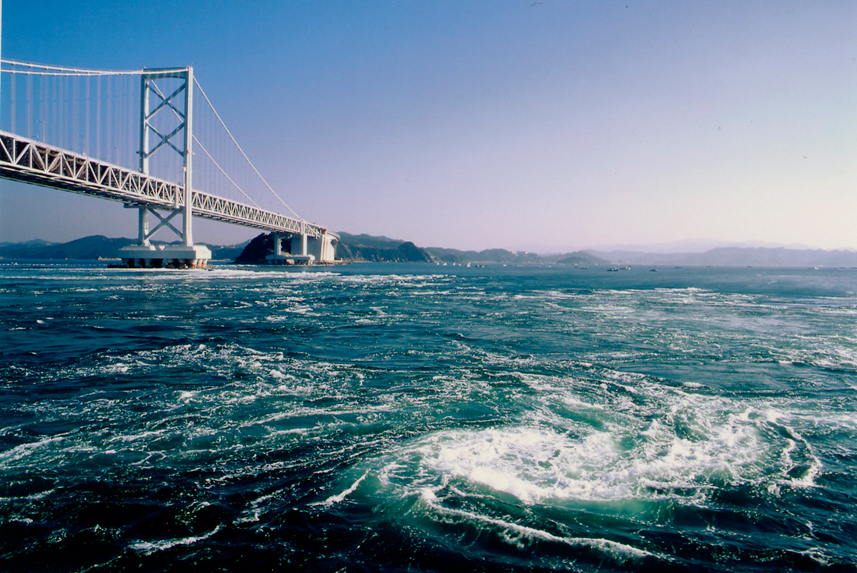 Naruto Strait Cruise
Awaji Island boasts many places worth a visit to enjoy the natural scenery, such as the Naruto Strait, where the tidal currents flow as fast as 10 knots to create whirlpools of all sizes. The cruise through this strait is quite an experience.
*Subject to weather conditions and timing.
*If the cruise is canceled due to strong winds or other weather conditions you will visit Uzu-no-michi, the promenade under the Ohnaruto Bridge. 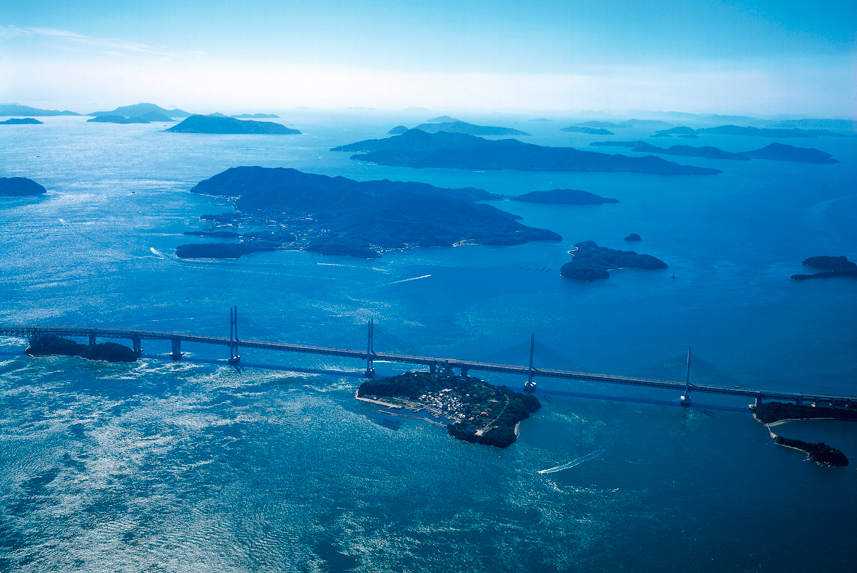 Continue on your way and enjoy the beautiful scenery of Setonaikai National Park as you travel by car. This lovely park is huge, encompassing 10 prefectures and some 3,000 islands throughout the Seto Inland Sea. The park is incredibly beautiful, and the islands have over the centuries produced a rich and varied culture. Last year was the park’s 80th anniversary. 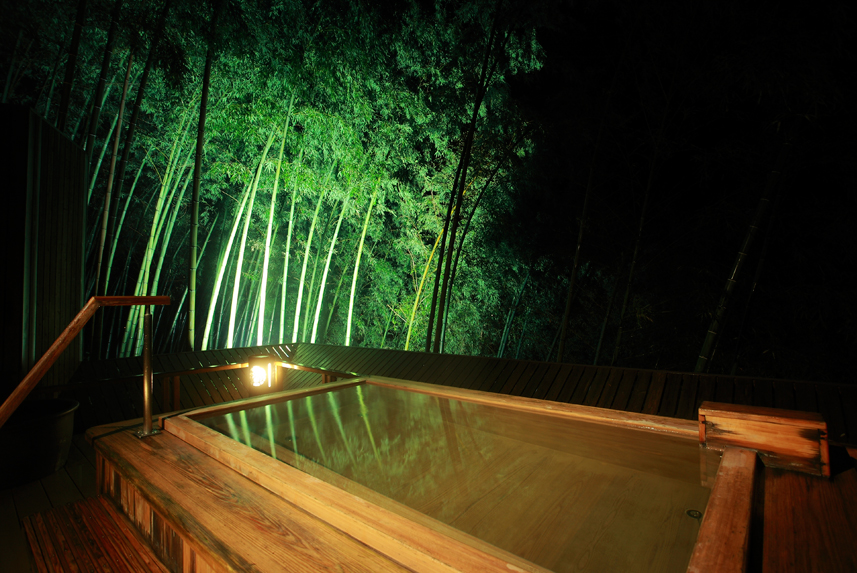 Check in at Kotohohira Kadan.

Perched on a mountainside above the historical town of Kotohira, the elegant Kotohira Kadan offers exemplary service and food, as well as a tangible link to an illustrious past – 400-year-old Kotohira shrine, one of the most prestigious in Japan, which is located on a mountaintop above the town of Kotohira. The ryokan has extended its superlative hospitality to some of the nation's most famous writers and artists, who have come for the unique blend of service, luxury and traditional Japan.

You may take a walk around the neighborhood and have a look at the souvenir shops lining both sides of the stone steps. You might also have a traditional Thai massage at Ashiya Banknmei before dinner. 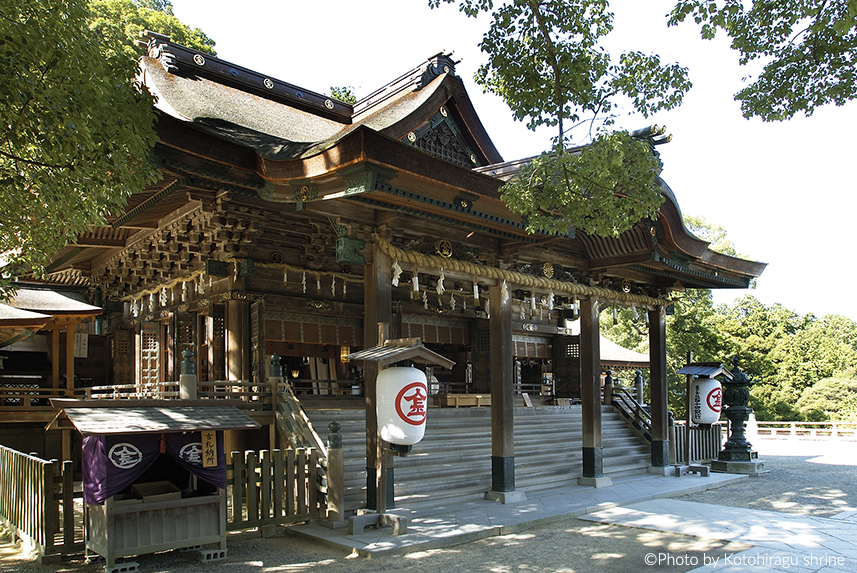 In the morning stroll around Kotohira shrine. This lovely shrine is also known as Konpira-san, home to a guardian deity of the ocean, and is located on Mt. Zozu, famous for the 1,368 steps that lead to the shrine. You might like to take a break and enjoy the spectacular view from Gohongu at the 785th step. There are 583 steps left to climb if you wish to continue all the way to Izutama shrine at the top of the mountain. 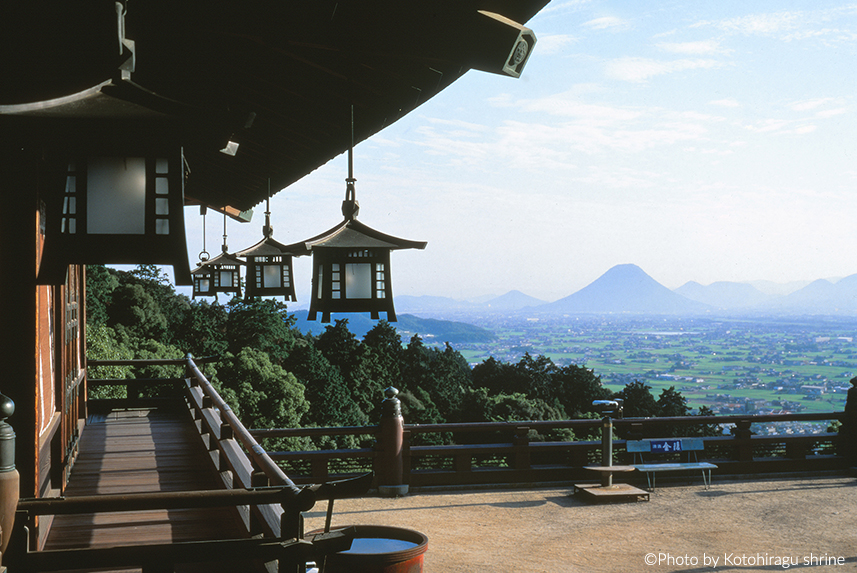 In particular, its Shoin (drawing room) is “a must-see” when you visit Kotohira shrine. Actually several rooms, the Shoin is a former reception hall, which is renowned for its beautifully painted fusuma partitions of seven sages, cranes and tigers. 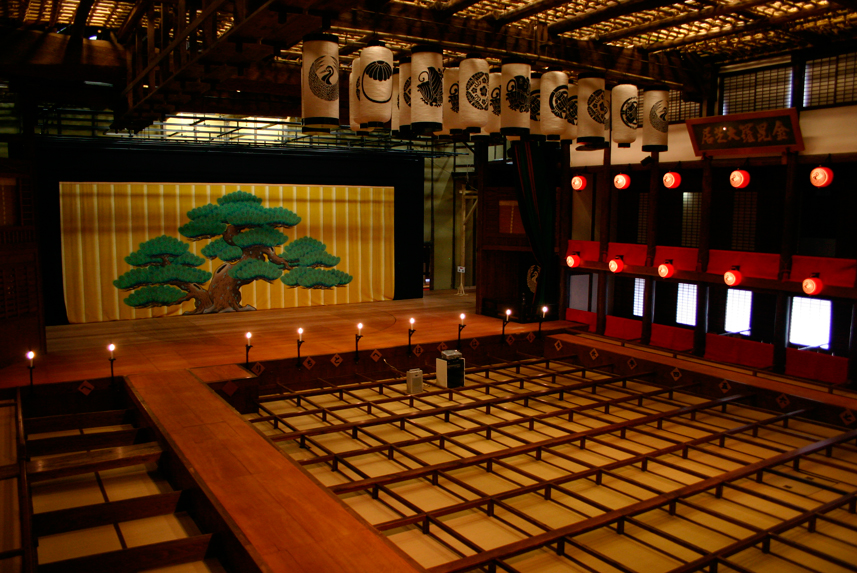 Continue on to the Konpira Grand Theatre, also known as Kanamaru-za, a 5-minute walk on a mountain path. This fascinating theater, the oldest kabuki theater in Japan, boasts a manually operated revolving stage and trap doors to allow actors access to various parts of the stage.

In the afternoon you could try making udon noodles at Nakano Udon school. One type of udon, a square variety known as Sanuki Udon, is a local specialty that has become popular throughout Japan. It is served hot or cold, and in this activity you will have a chance to learn to make it.

For lunch, you can enjoy the Sanuki Udon noodles you made.
*Advance booking is required. 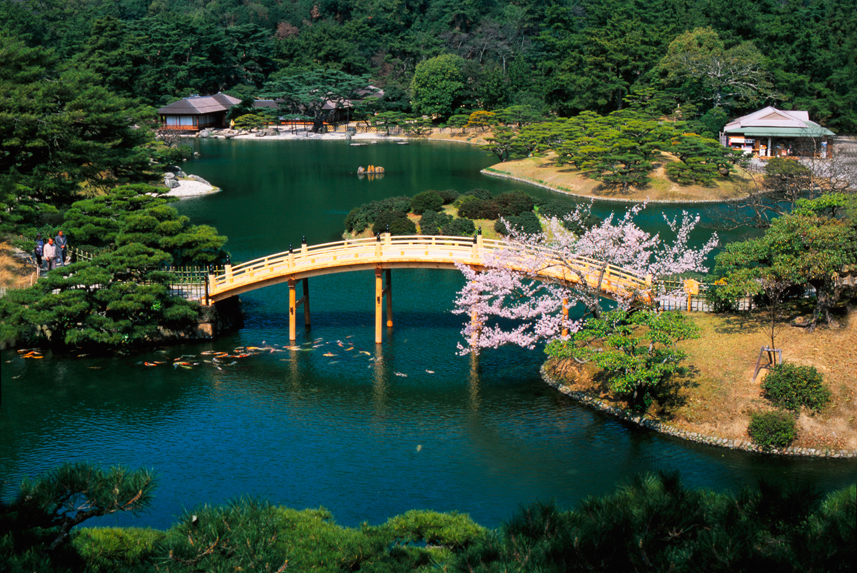 Today is your second day of sightseeing. You may visit by car Ritsurin Garden, one of Japan’s most famous historical gardens and renowned for its beautiful scenery. The garden consists of six ponds and 13 hills, with the forested slopes of Mount Shiun in the background. Built in the early 17th century, it is an invaluable cultural treasure and received three stars in the “Michelin Green Guide Japon” in 2009.

The George Nakashima Memorial Gallery is dedicated to the famous Japanese-American architect and furniture maker. One of the leading innovators of 20th century furniture design, Nakashima was also a noted woodworker and a father of the American craft movement. He was awarded the Order of the Sacred Treasure by the Emperor of Japan.
*Reservations required on Sundays

You may also visit the Isamu Noguchi Garden Museum. Noguchi, also a famous Japanese-American, was an influential artist and furniture designer whose works can be seen throughout the world. He designed the iconic Noguchi Table, which was first introduced in 1947 and is still in production. The museum is on the site of his Japanese home and workshop. 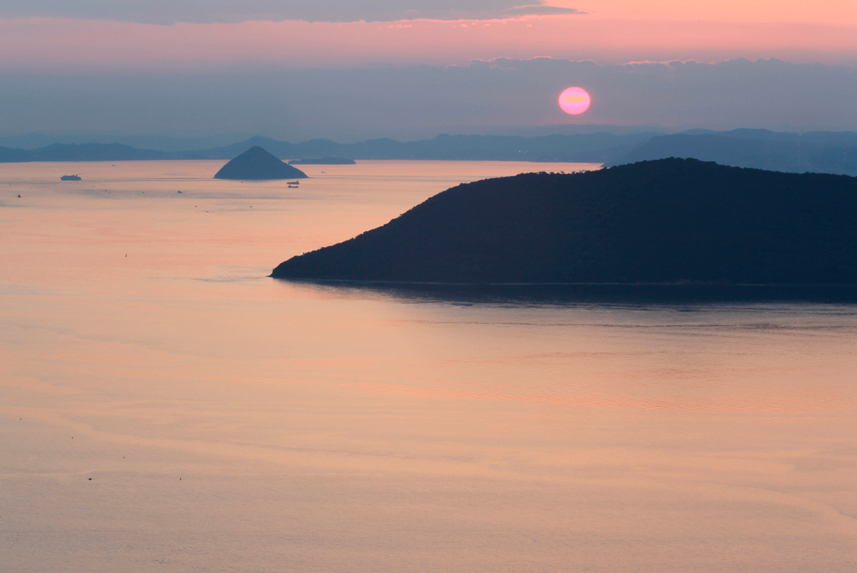 Continue to Yashima, in the city of Takamatsu. This flat-topped peninsula has a long history and is familiar to every Japanese schoolchild, because of the Battle of Yashima in 1185, in which the Genji clan emerged victorious against the Heike clan after a bloody pitched battle. You can drive up to the top and visit Yashima Temple and enjoy the spectacular view of the Seto Inland Sea. 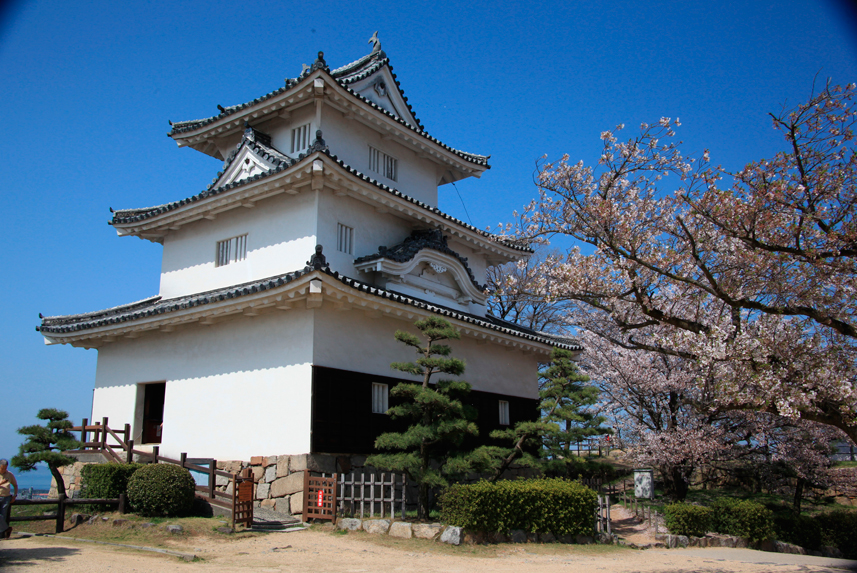 Next stop is Marugame Castle, reached by private car. This beautiful and historical castle, which dates from 1597, is an impressive sight, with imposing stone walls that rise 50 meters high in places. Inside is an interesting museum, and the top of the tower boasts breathtaking views of the surrounding countryside and Seto Inland Sea. 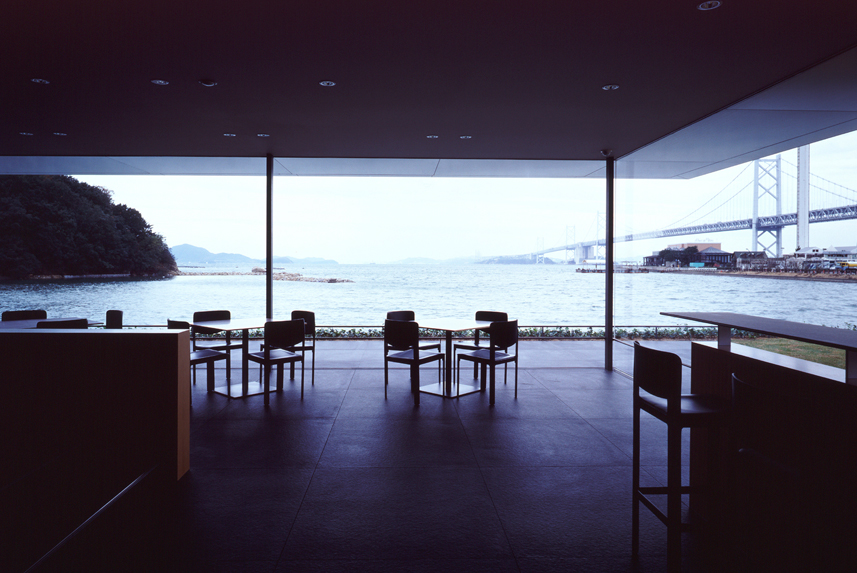 The last stop is Higashiyama Kaii Setouchi Art Museum. Dedicated to the works of celebrated landscape painter Higashiyama Kaii, this museum also hosts special exhibitions of works by Higashiyama and other Japanese-style painters.
It also boasts an incredibly beautiful view of the Seto Ohashi Bridge, which stretches between the largest main island of Honshu and the smaller main island of Shikoku.

Take a break at café Nagisa and enjoy the calm scenery of Seto Ohashi Bridge and Setonaikai.

Return to Kotohira Kadan.
Check out from the Kotohira Kadan and you will transfer to Okayama station or Takamatsu airport by private car.