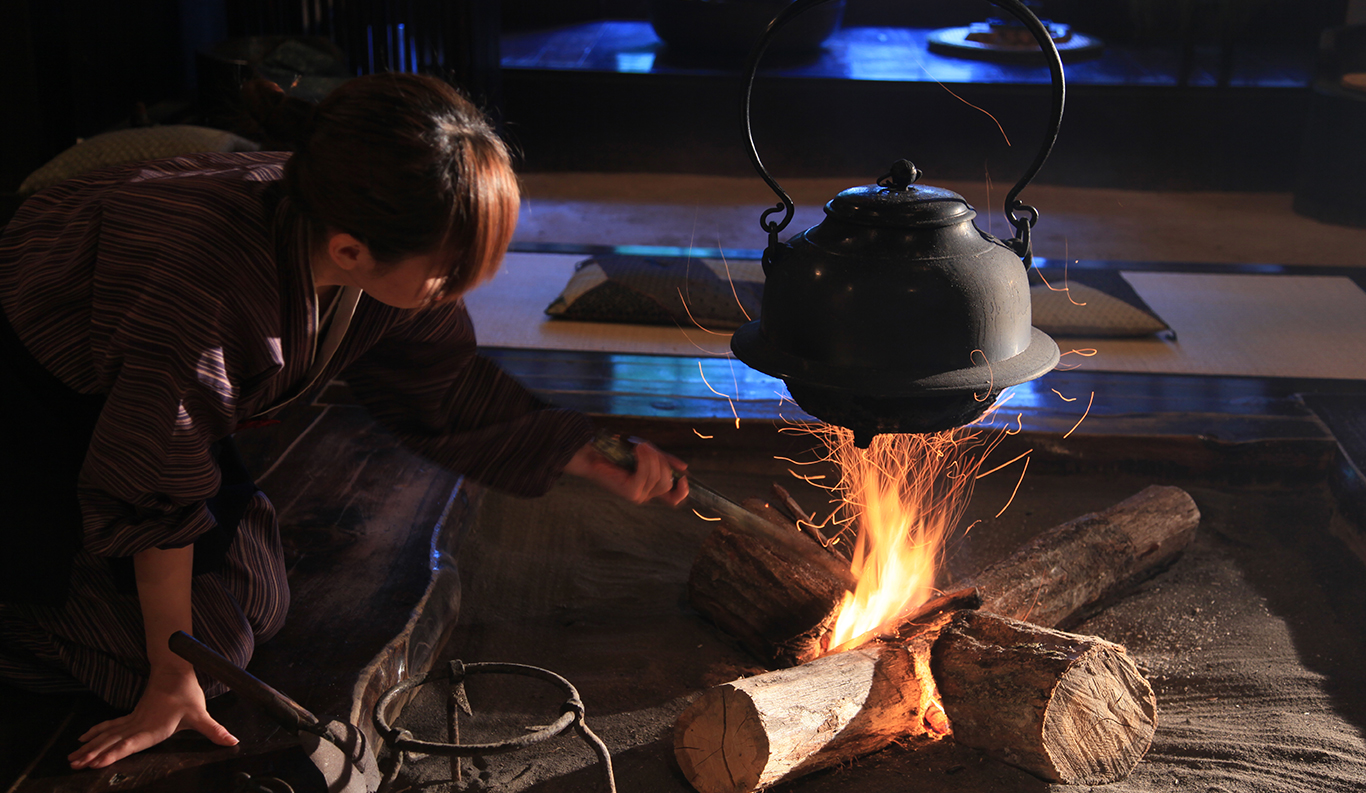 Ancient Tradition and Natural Beauty in the Mountains of Takayama
Takayama, GIFU
4 Days 3 Nights
Board a shinkansen bullet train bound for Nagoya from Tokyo or Kyoto, then take a limited express train from Nagoya to the beautiful city of Takayama.

Set in the mountainous Hida region, Takayama has retained a traditional atmosphere like few other Japanese cities, especially in its beautifully preserved old town. 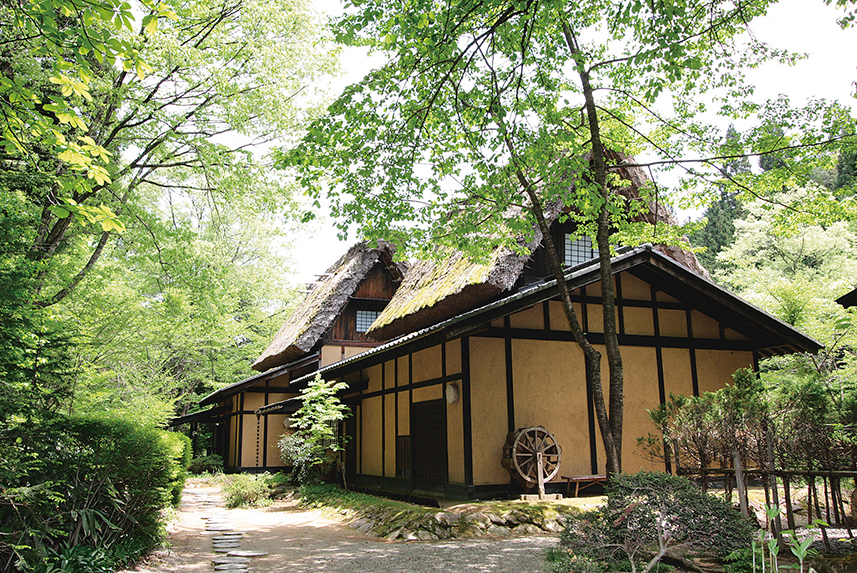 There is something magical about taking the train through the beautiful mountains of Takayama and catching your first glimpse of Wanosato’s quaint and majestic 160-year-old minka traditional farmhouse with its beautiful thatched roof.

Tucked away in the forest, a short walk from the main building, are more minka with their lichen-covered thatched roofs and earthen walls, looking like they are appearing straight out of a tale of ancient Japan. The Japanese people’s love of nature, along with the country’s abundant forests, have resulted in Wanosato becoming a well-known hot spring and nature retreat.

After dinner, guests are invited to sit by an open built-in hearth called an iori, where you can enjoy the unique local beverages that are offered in the evening. 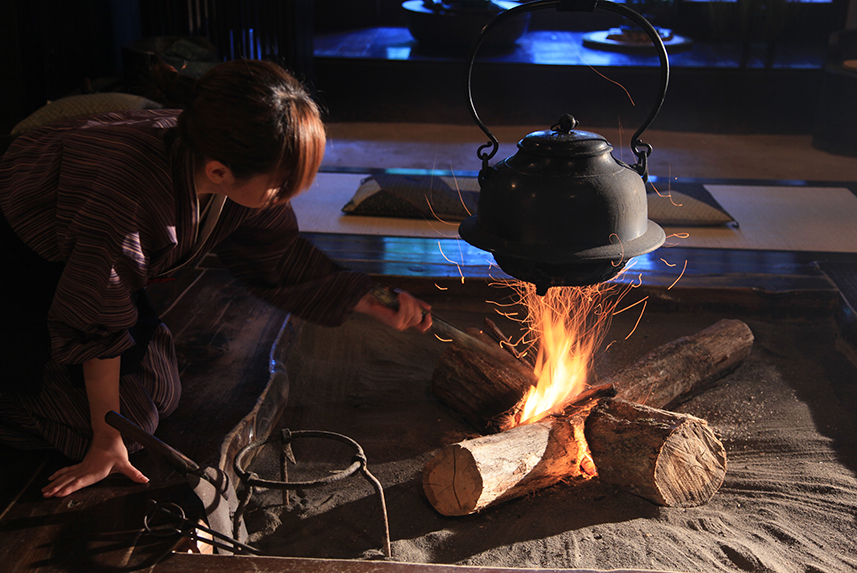 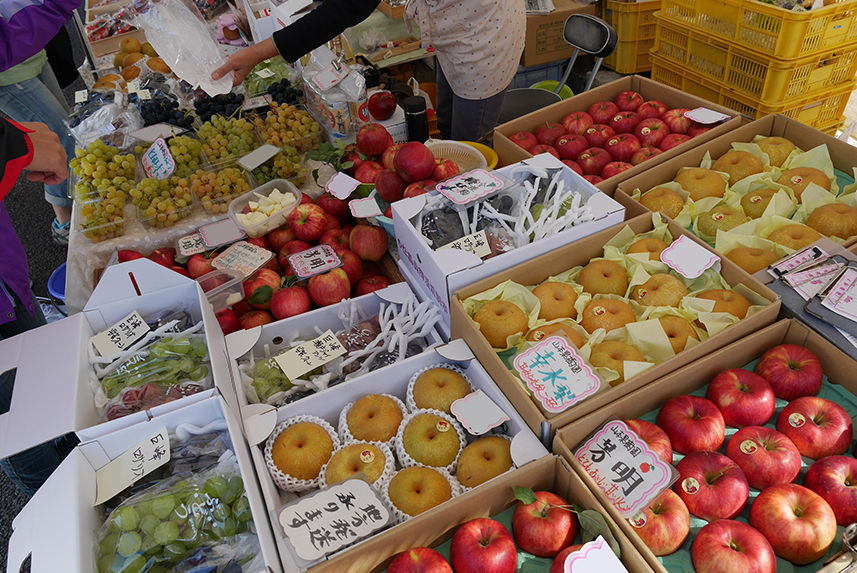 As your first stop, you could visit Takayama morning market. (Open daily 6:00~12:00) This is a great place to communicate with the friendly locals, as well as shop for local crafts and farm products such as vegetables, pickles and flowers.

The Takayama Jinya building was a public office for 274 years, from 1695 to 1969. It was fully restored to revive the Edo period atmosphere, and now pine trees and gravel lanes contrast pleasantly with the beautiful white walls. 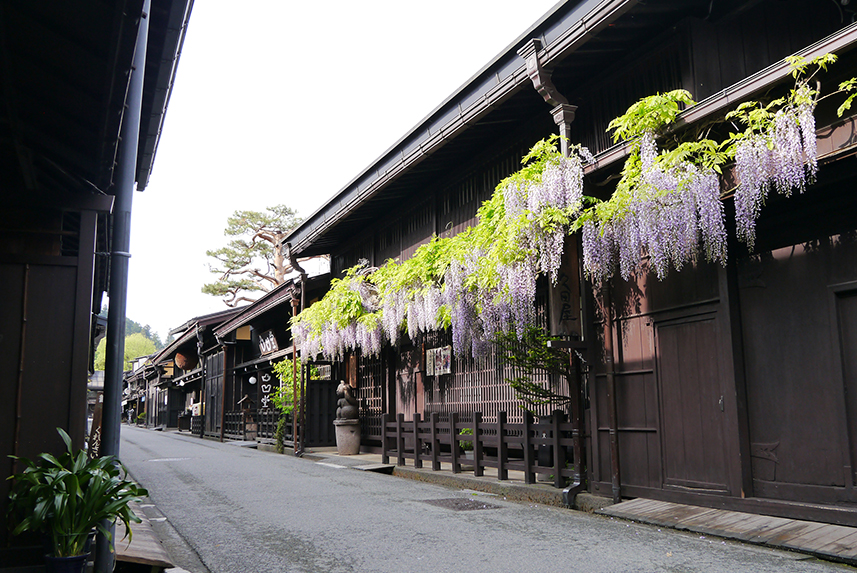 The pretty Sanmachi Old Town Street is situated in the old town on the east bank of the Miyagawa river in Takayama. It is famous for its historical shops and merchants’ homes with their distinctive latticed bay windows and linked eaves that date from the Edo period (17th to 19th centuries). Visitors can fully enjoy the quiet, idyllic atmosphere.

Take a local Sarubobo bus to Matsuri-no-Mori Museum where you can see the floats used in the famous Takayama festival, which have been restored by skilled artisans. When you walk into the dome area, you enter a world of tradition and festivals.

Return by shuttle bus to Wanosato.

The Shirakawa-go and neighboring Gokayama regions line the Shogawa River Valley in the remote mountains that stretch along Gifu and Toyama prefectures. Declared a UNESCO world heritage site in 1995, they are famous for their traditional gassho-zukuri farmhouses, some of which are more than 250 years old. 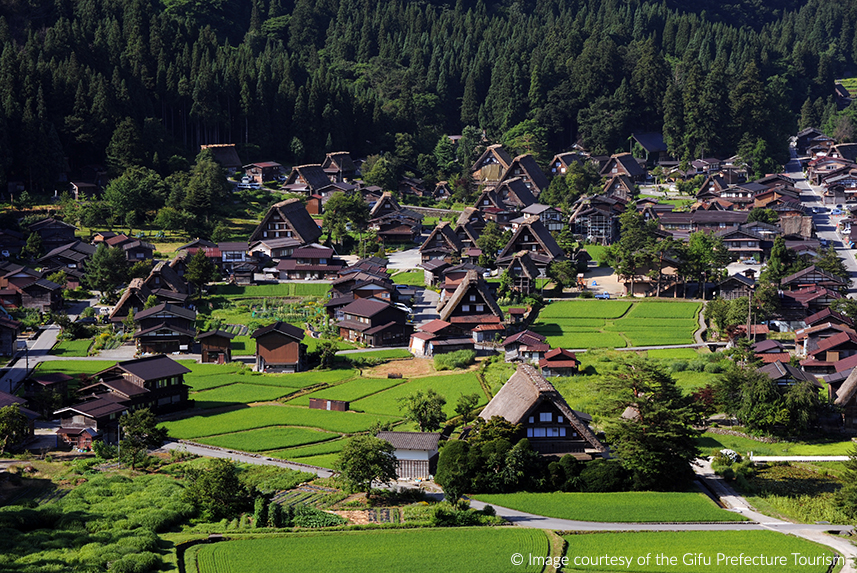 You may extend your trip to Gokayama.

Ainokura Village, nestled deep in a quiet valley, is the most remote village in the Gokayama region. A UNESCO world heritage site, it boasts nearly 20 gassho-zukuri thatched roof farmhouses, many of which remain private residences, although a few are now restaurants and museums. Although it is less developed and harder to get to than other world heritage villages, Ainokura is quieter and sees fewer tourists, though it offers similar attractions.

Iwase-ke House, a gassho-zukuri farmhouse, is the largest of its kind in the region. The ground floor spaces were designed to entertain visiting dignitaries, while the spacious upper floors now display tools and household items used for farming and raising silkworms.

Later in the afternoon, return to Takayama.

Check out from Wanosato and take a shuttle bus to Takayama station.

Take a limited express train to Nagoya station to catch a shinkansen bullet train back to Tokyo or Kyoto.