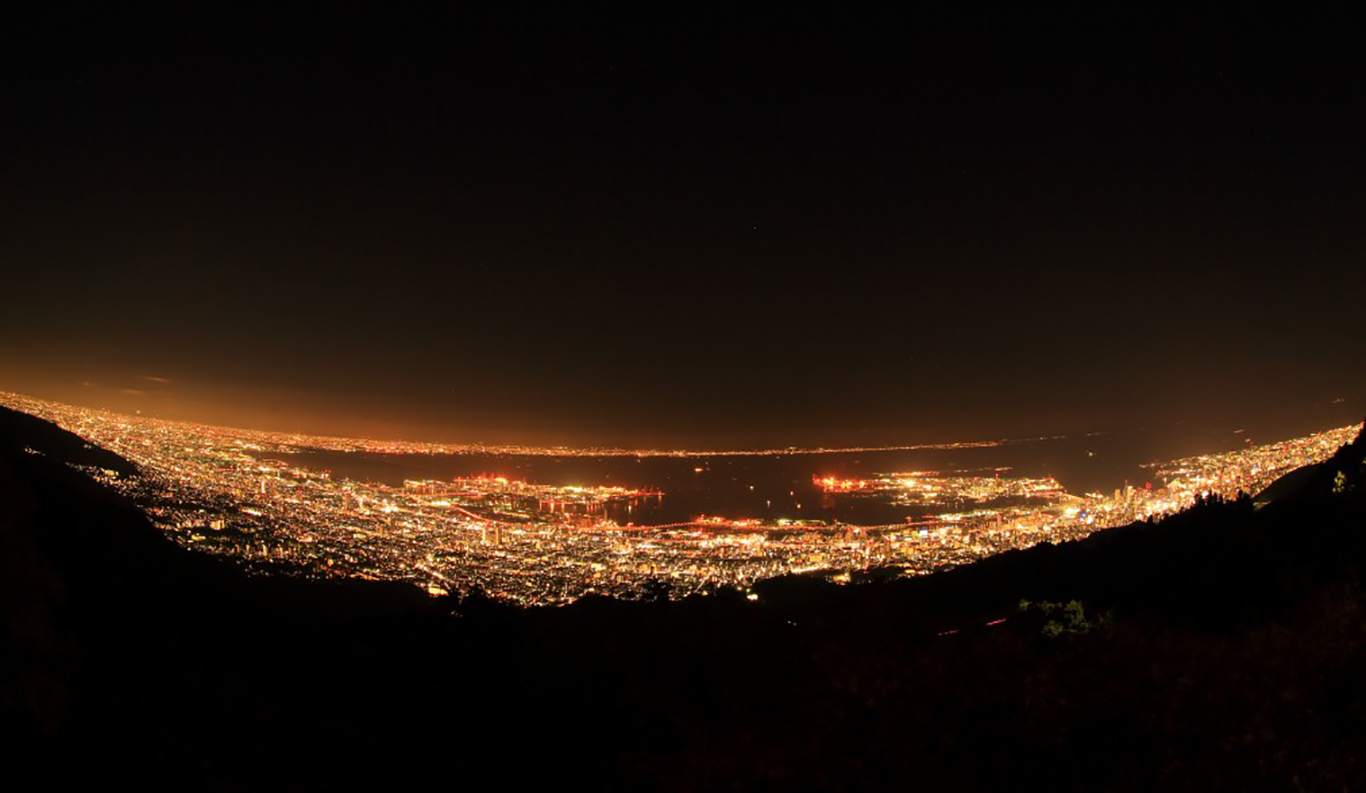 Hot springs and city lights in Kobe
Arima Onsen, HYOGO
4 Days 3 Nights
Travel to Shin-Kobe station by Shinkansen bullet train and take the Arima Express Kobe bus for 30 minutes to Arima Onsen bus stop. Upon arrival at bus stop you will be met by a driver and transfer to Nakanobo Zuien.
* Pick-up service should be booked in advance.

From Kansai International airport: Take an airport bus for about 1 hour and 35 minutes to Sannomiya bus stop. Upon arrival take a taxi to Nakanobo Zuien for 30 minutes.

Arima Onsen, located near the city of Kobe, Hyogo Prefecture, on the flanks of Mt. Rokko, has been a popular weekend getaway for residents of Kobe, Kyoto and Osaka for well over 1,000 years – making it the oldest onsen hot spring resort in Japan.

Ryokan Nakanobo's flexible services cater to its guests' every need. The ryokan is elderly-friendly, and welcomes overseas guests with multilingual staff always on duty. At Nakanobo, everywhere you look there are beautiful touches of tradition and refined taste, as well as premium hospitality – all designed to help the guests relax and ease them into the calm, tranquil onsen lifestyle.

Kobe beef is a world-famous brand of premium beef. It is actually originated in Kobe, where Nakanobo Zuien is located. The ryokan’s chefs can arrange a special Kobe beef kaiseki ryori (Japanese traditional haute cuisine) menu for you.
* Advance booking required.

In its long history, dating back to the 8th century, the little town of Arima Onsen has seen visitors from all walks of life, from common people to emperors, drawn by the unique and renowned health effects of the hot springs there. Toyotomi Hideyoshi, the great daimyo feudal lord and unifier of Japan, was especially fond of Arima, and went there often from his castle in Kyoto.

Nakanobo Zuien is the only Ryokan Collection property located in the middle of an onsen hot spring town. It is a Japanese tradition to wear yukata summer kimono and wander the town, experiencing onsen meguri – strolling from onsen to onsen in the evening.

You can explore the surrounding areas as well. The city of Kobe, where Nakanobo Zuien is located, is one of the most attractive cities in Japan. You can find lots of things to do there. Kobe’s modern history began in 1868, as it was one of the first ports opened to foreign traders after the Meiji Restoration, and many of the elegant homes built by wealthy foreigners are still standing.

Take a ropeway from Ropeway Arimaonsen station to Mount Rokko. The view from the top is especially fine, one of the “top three views in Japan,” and is well worth the trip. It’s best to visit the observatory near Rokko Sanjo station in the evening – the view is famous in Japan as a “million-dollar nightscape.” On the summit are lots of places for shopping and dining as well. You may also visit Kikuseidai observatory at Mount Maya. The night view you can enjoy from there is called as three major night views of Japan. 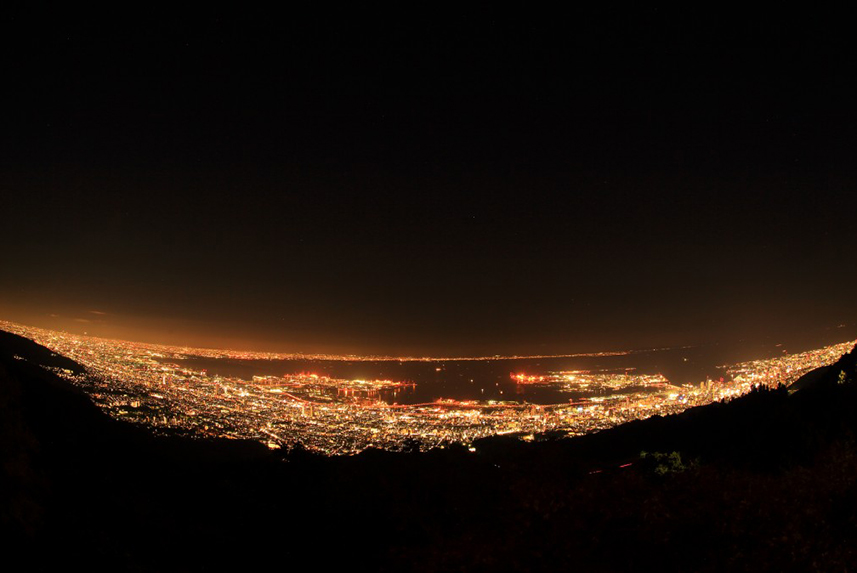 You can ease your legs by taking a cable car to Rokko Cable Shita station.

Hakutsuru Fine Art Museum. Hakutsuru is one of the best-known Japanese sake brands. Its founder, Kakuo Kano, was an avid art collector, and opened the museum in 1934 to house his world-class collection. The museum, housed in gorgeous buildings, both traditional and modern, features Japanese fine art, including bronze works, ceramics and antique paintings.

Kobe’s Nada sake district has for centuries been Japan’s premier sake-producing district, famous for the high quality of its rice and water (the primary ingredients of sake). There are a host of sake breweries in Nada, and many of them have outlet shops to allow you to sample their wares. Some of them have museums, too. 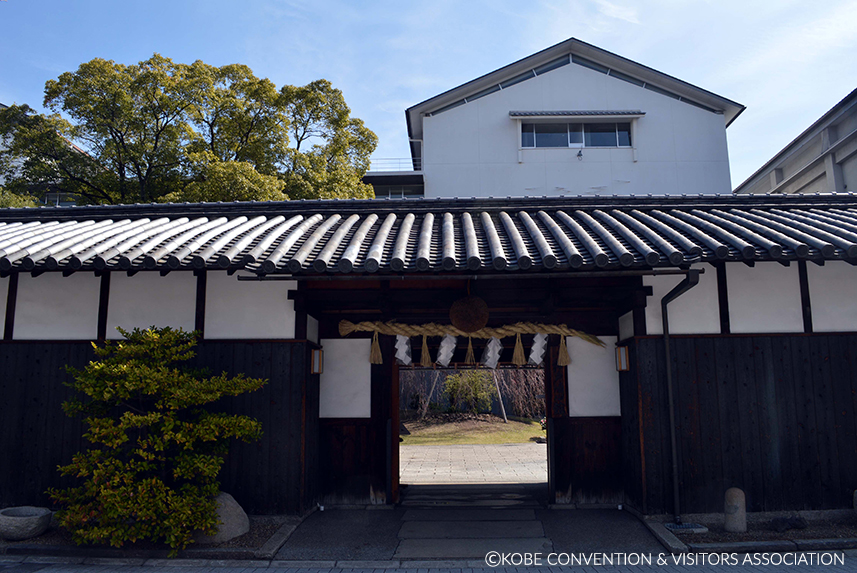 At Shu-shin-kan breweries, you can learn a bit more about sake on a fascinating tour of their brewery and cellar. They have a shop selling sake and tableware, and entertainment in the brewery hall, as well as tastings of their premium Fukuju brand sake.

Continue on your way to Sannomiya, a gateway town to exploring the city of Kobe.

The Kitano area was the residential area for foreign traders and diplomats after the Port of Kobe was opened to foreign trade in the latter half of the 19th century. More than a dozen of the former mansions, known as “Ijinkan,” remain in the area and are open to the public as museums. The district is a fun place to walk around, with its boutiques, restaurants.

You may also stop at Nankinmachi Chinatown for a tea break. It is a small, cozy district popular with both locals and tourists, and is a vibrant and fascinating place to wander around.

At the end of the day enjoy the scenery of the ocean at Meriken Park. Kobe was hit hard by the Great Hanshin Earthquake of 1995 and more than 5,000 people died. The park was devastated in the disaster, and now contains a memorial to the victims; a damaged area has been left as it was when the earthquake hit the city as a reminder of the tragedy. 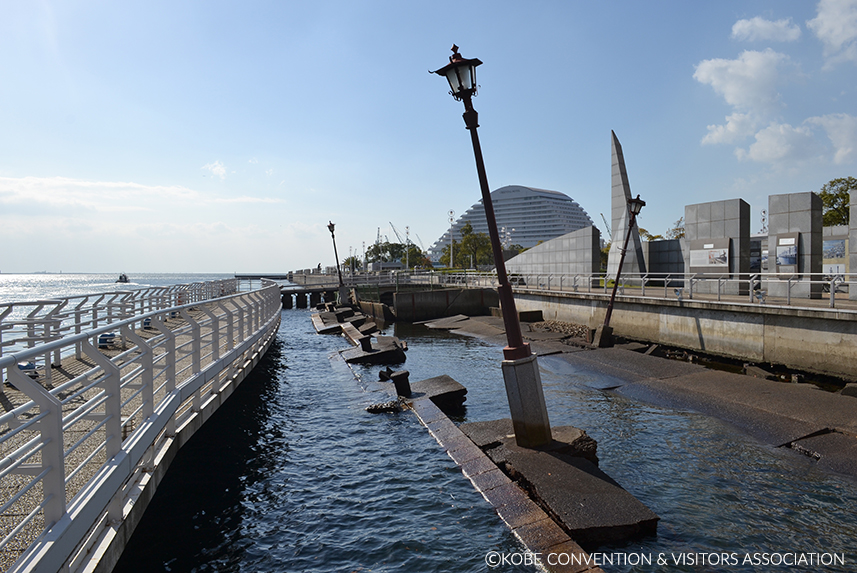 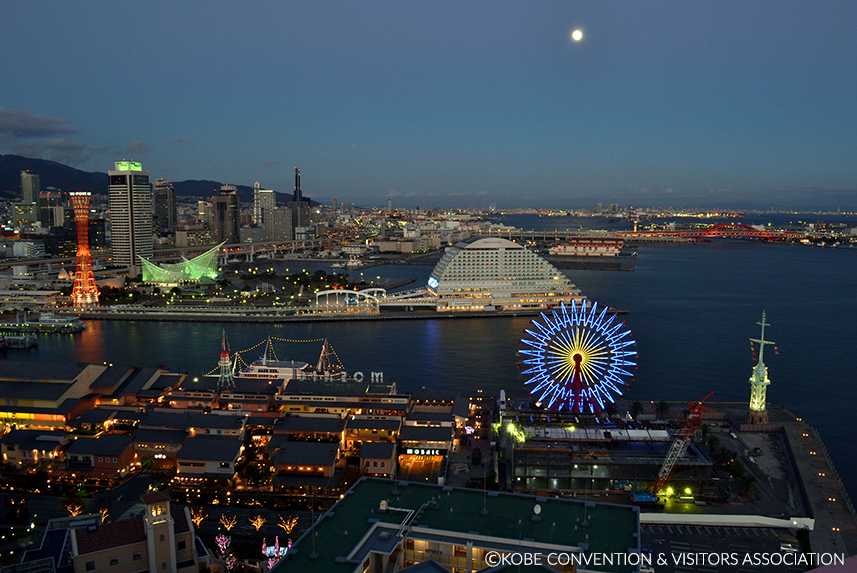 There are two fascinating museums in the park, the excellent Kobe Maritime Museum, with its striking architecture and fine collection of model ships, and the Kawasaki Good Times Museum, which displays products of Kawasaki Heavy Industries, such as trains, cars, aircraft, motorcycles and other fascinating things. The Kobe Tower is also worth a visit.

Return to the ryokan.

Check out from Nakanobo Zuien and transfer to Arima Onsen station to return to Osaka or Tokyo.