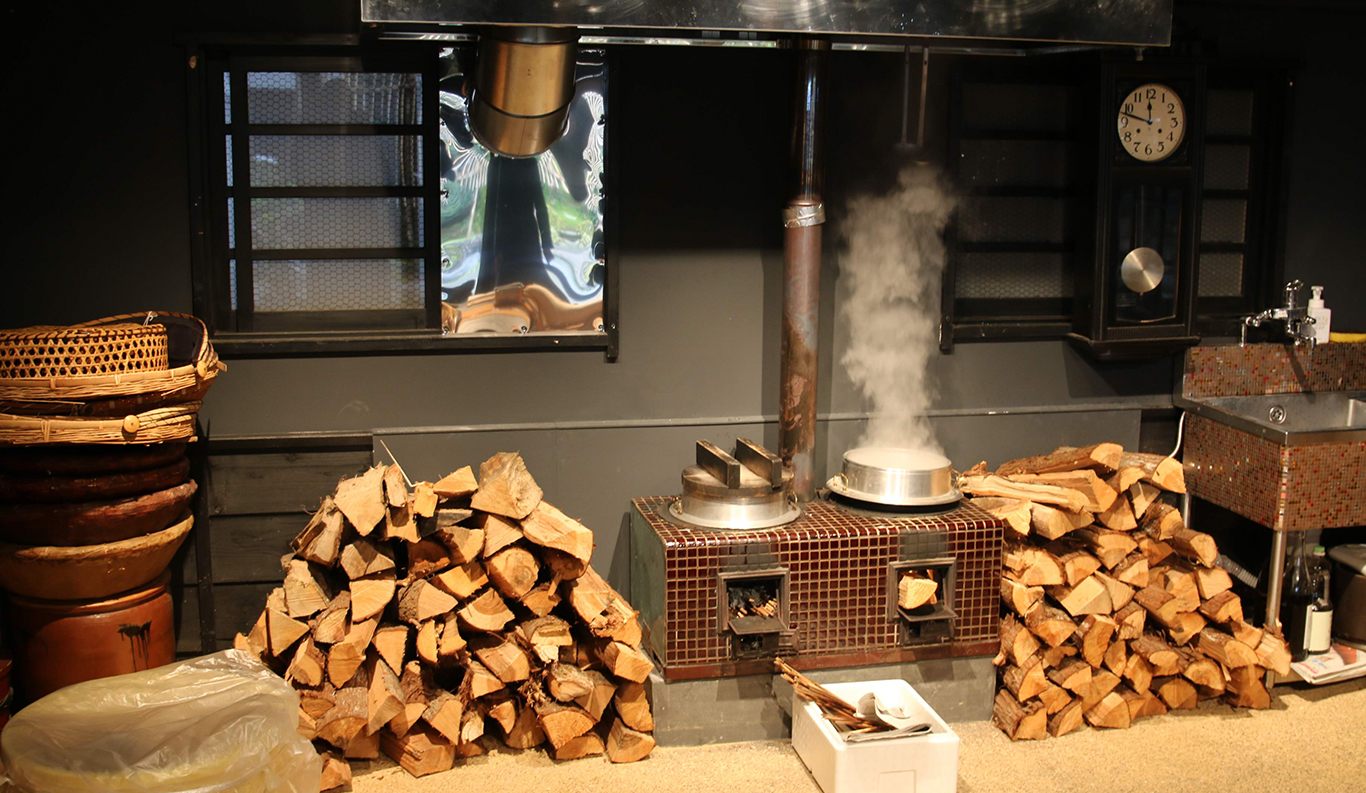 Fall in Love with Treasures of Niigata
Fall in Love with Treasures of Niigata
Introduction of Niigata
Niigata is located in the northern part of Honshu (the main island of Japan) along the Sea of Japan coast. At just 70 minutes from Tokyo by shinkansen bullet train, it is a popular destination for those wishing to experience Japan's beautiful snow country. Niigata boasts an array of natural attractions from ski resorts nestled in majestic mountains to lush terraced rice paddies near the sea, a combination of geography that results in a rich bounty of produce including seafood, rice and sake. Niigata is obviously a prime destination for outdoor activities, but it is still a relatively undiscovered culinary gem. Stay at our member ryokan, “ryugon” and dive into this rich food culture with enlightening visits to sake breweries and a cooking lesson using a traditional wood-fired stove.
Private visit to Hakkaisan Sake Brewery 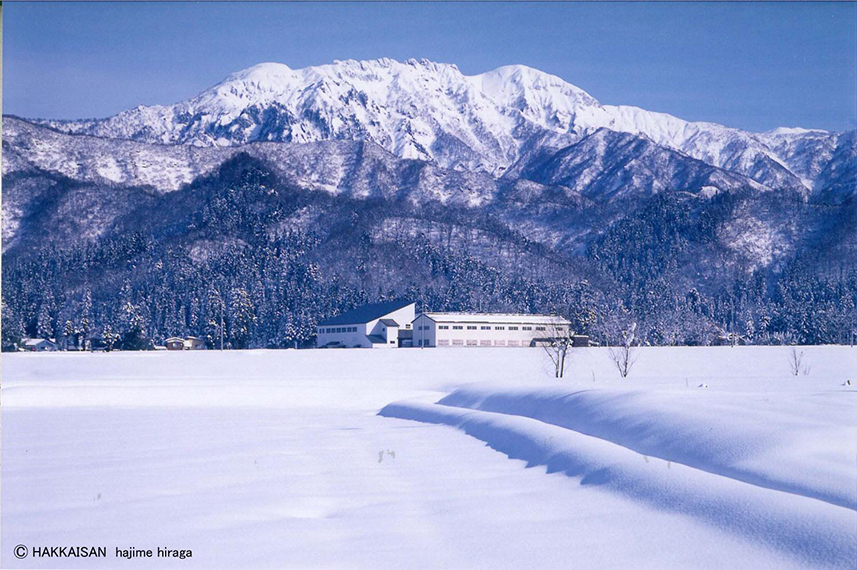 The Hakkaisan brand is famous across the country and beyond. Even in a region sometimes called the sake capital of Japan, their delicious brews stand out. The nearly century-old company’s blend of tradition and innovation has been made possible by passionate people who have devoted their lives to crafting great sake from great rice. As people say, “What makes sake good has everything to do with rice”. 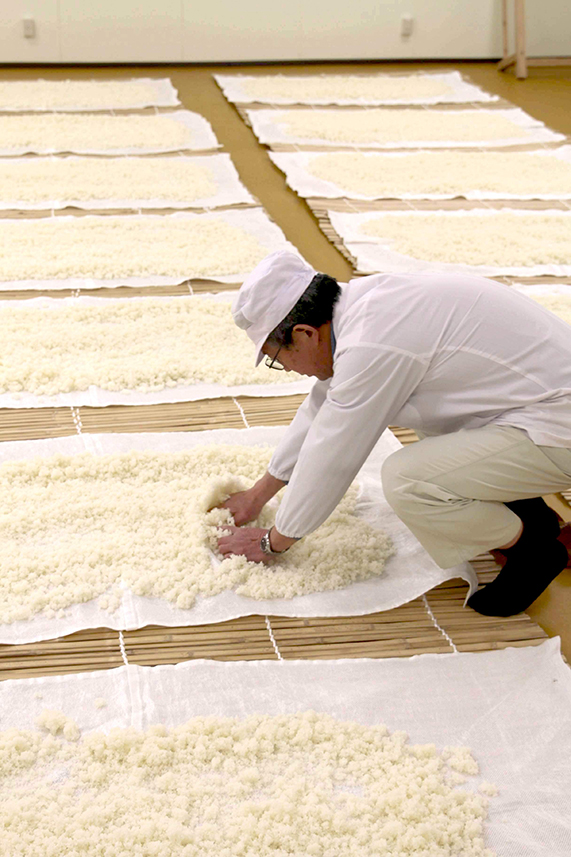 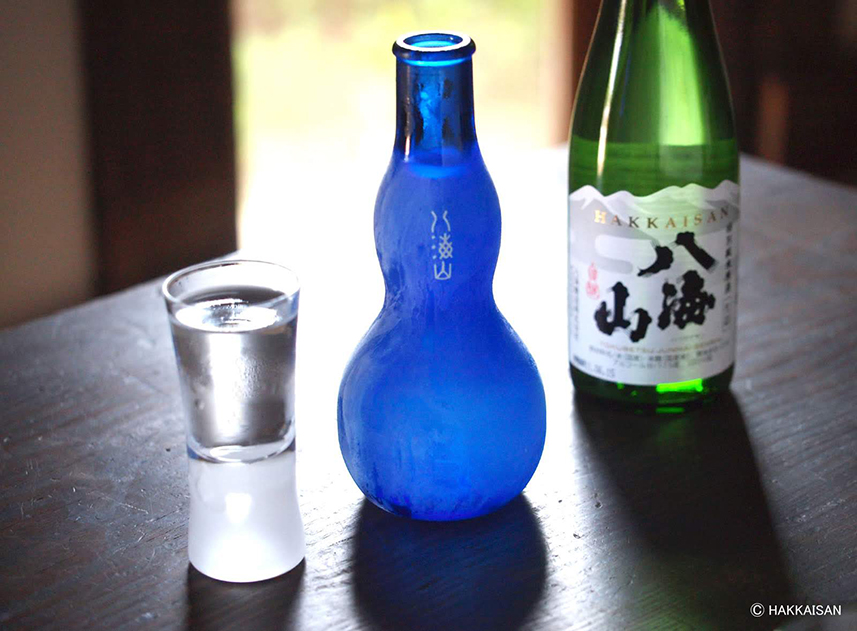 Tours of the Hakkaisan brewery can be arranged through ryugon, during which visitors will learn how rice progresses through the steps of sake-making in a pristine modern facility. It finishes up at nearby Uonuma no Sato, tourism-focused facility dedicated to all things fermented, including local shochu, beer, pickles and miso.

Uonuma no Sato also houses Hakkaisan's massive yukimuro (snow cavern), a natural cool storage technique for rice, seafood, vegetables and sake that has been used in Niigata for centuries. Snow is nearly synonymous with this region, which receives upwards of 30 feet each year. In winter, Hakkaisan brings nearly 1,000 tons of it into a soaring insulated structure, which then naturally remains a few degrees above freezing year-round without the need for electricity. With this local knowhow passed down from generation to generation, the brewer is able to store their wares in an incredibly eco-friendly way. 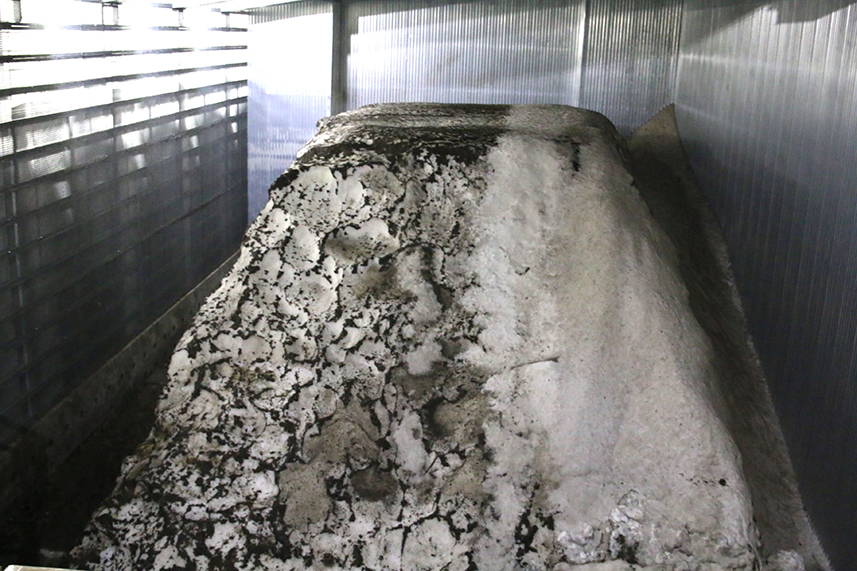 Wood-fire Cooking Experience at “ryugon”
After the yukimuro tour at Hakkaisan, you will head back to ryugon just in time for lunch and join the gastronomy workshop, a lesson in cooking over a wood-fire stove. 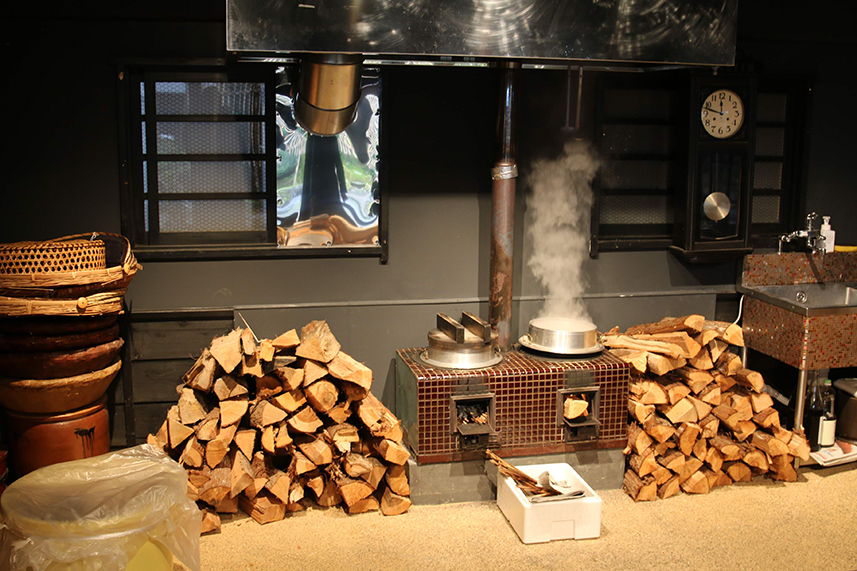 Niigata’s gastronomy generally consists of a variety of dishes made from locally grown or foraged ingredients, along with the prefecture's famous rice. Thanks to a rich environment nourished by clear snowmelt water and allowed to lie fallow during the long winters, this area produces an astounding bounty and locals have become experts at pickling, drying, and otherwise preserving it to last throughout the year. As a matter of fact, Niigata is becoming a member of UNESCO's Creative Cities Network as a City of Gastronomy.

During the lesson, which is held in the original detached kitchen from the 19th century farmhouse, a lovely local grandmother will instruct you in the preparation of a few simple recipes, including soup prepared over an ancient wood-fired stove. Afterwards, you can enjoy the fruits of your labor and some extra dishes while chatting with the teacher.

People in Niigata know exactly how to turn the abundant natural ingredients around them into uniquely tasty dishes. Regardless of the chilly temperatures and snow outside, these simple lunches filled with nourishment and laughter warm the body and soul.

The wood-fire cooking lesson takes place every Sunday throughout the year and is included in several stay plans. It is available to the public as well as staying guests. 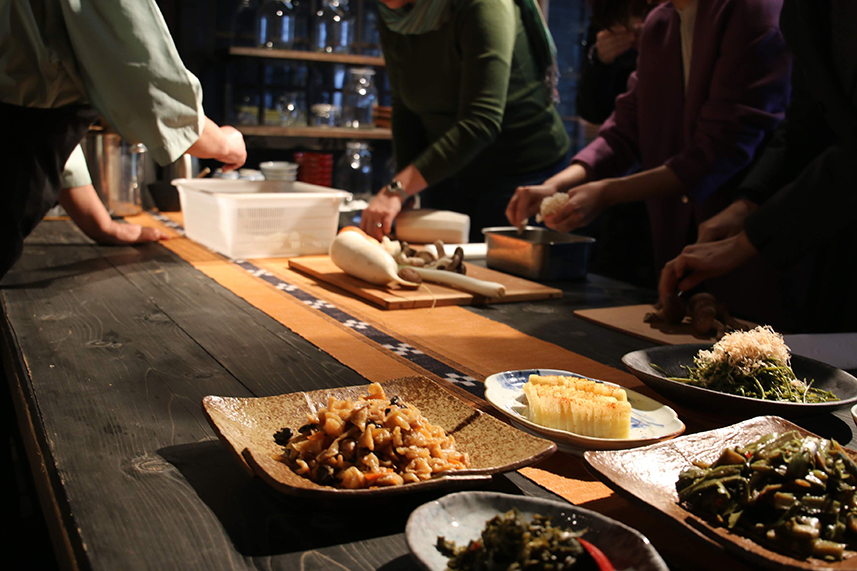 Private Visit to Aoki Sake Brewery
Aoki Sake Brewery is another notable sake producer in Niigata. While the region is famous for producing tanrei-karakuchi, a light, dry style, Aoki has been making tanrei-umakuchi sakes, a sweeter style that retains the pure umami of rice, since their establishment in 1717.

The brewers of Aoki believe the best sake is produced through the concept of wago or harmonizing between producers, sellers and those who enjoy sake. This interrelation is based in communication, which includes encouragement, patience and the expression of pleasure. This communal spirit of perseverance and cooperation is central to the culture and people of Niigata and Aoki invites you to join in. 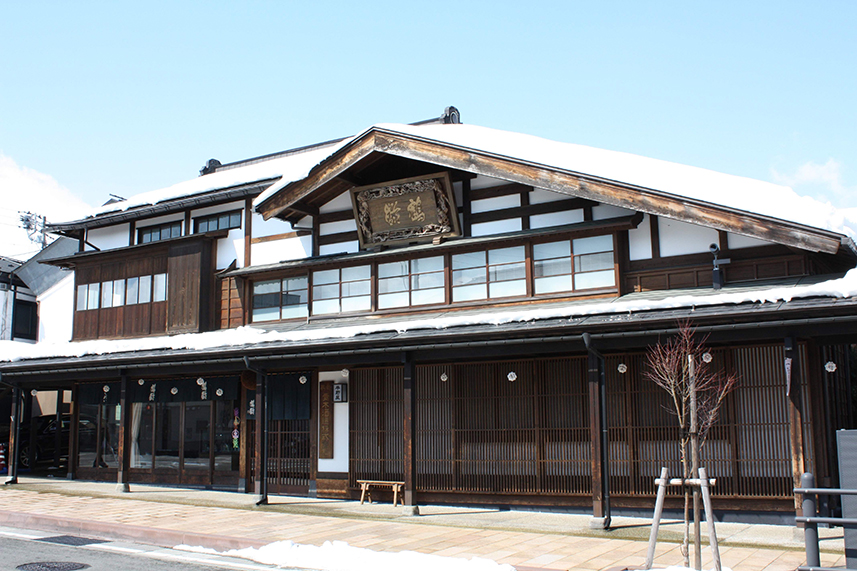 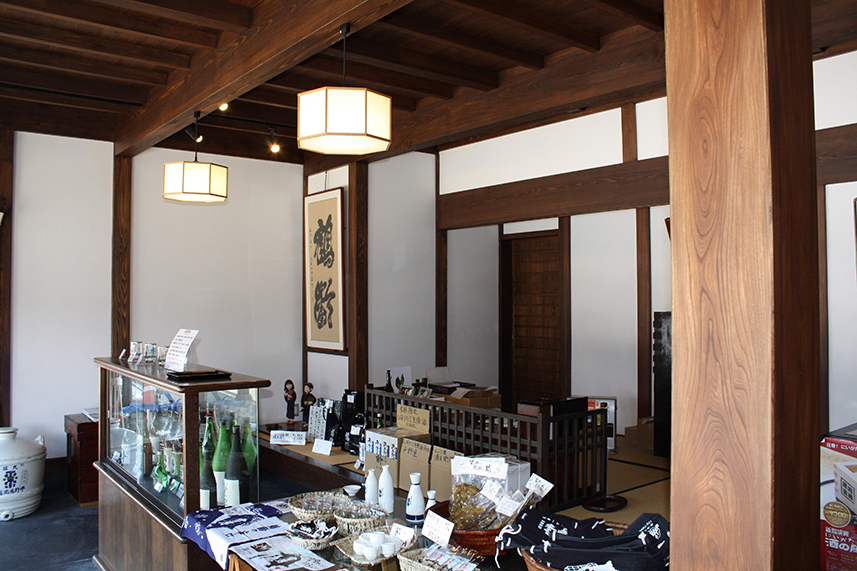 Brewery tours are available upon advance request via ryugon, but it may not be possible to arrange last minute. However, feel free to drop by the souvenir shop at the front from 10:00 to 16:00 every day except Wednesdays. A tasting set of your choice of any three sakes is JPY525 (including tax) and includes a souvenir sake cup.

Check-in at “ryugon”
Entering ryugon, you may feel a strange combination of the sacred and the mundane, as this ryokan was the site of a temple called Ryugon-ji, originally built in 1496, before it became a sprawling farmstead.

Both Hakkaisan and Aoki sakes are served at dinner and at the in-house bar if you wish to continue your exploration of their brews and pick a favorite. For a change of pace, there are also locally made beers, shochu, and wines, as well as original liquor infusions created in-house. Enjoy your stay at ryugon to the fullest. 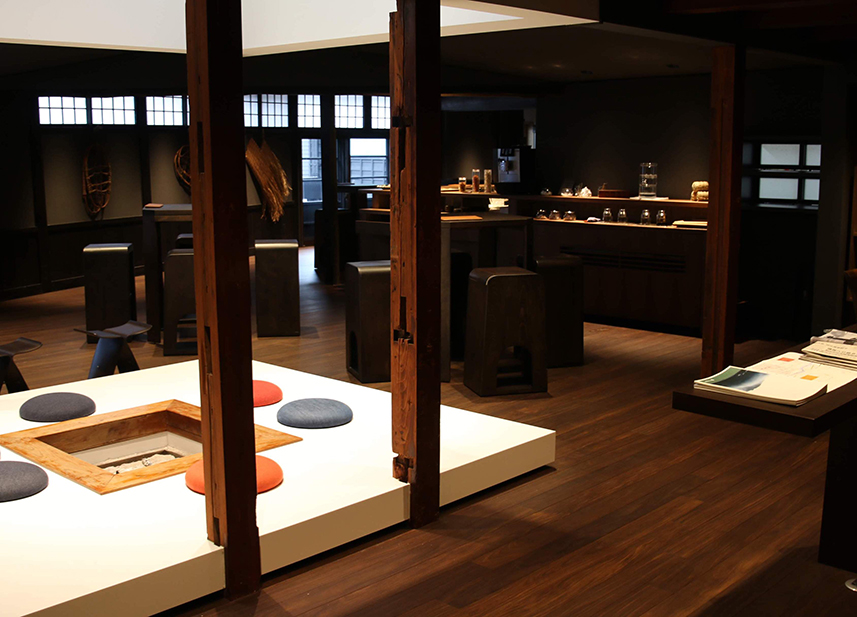 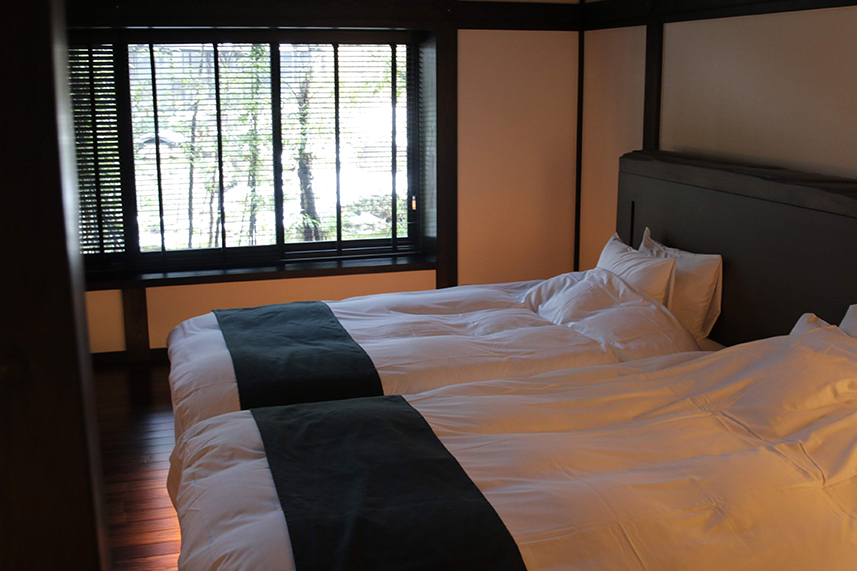 Private visit to Sakai Fabrics (Orimoto Sakai)
Sakai Fabrics was founded in 1933 and has been continuously producing fabrics for over 80 years in Niigata. During World War II, most of the Japanese fabric industry was forced to shut down or produce fabrics for the military. However, Orimoto Sakai was given special dispensation to continue operations in order to preserve traditional weaving skills. The company then contributed to the reconstructing of the industry after the war. Even in this current age of modernization, when mass production is the norm, Orimoto Sakai continues to make fabrics completely by hand. From the very first step of turning raw silk into thread through to the finishing touches, Sakai's craftspeople use their own two hands to weave their passion into each piece of fabric. 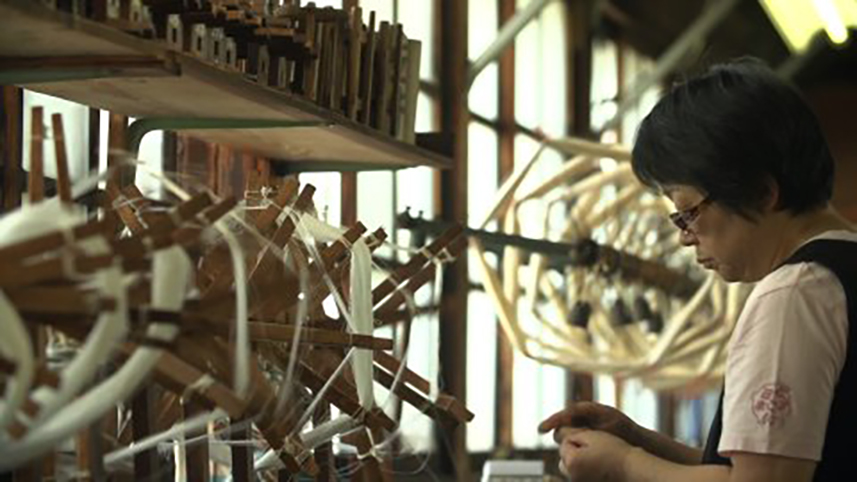 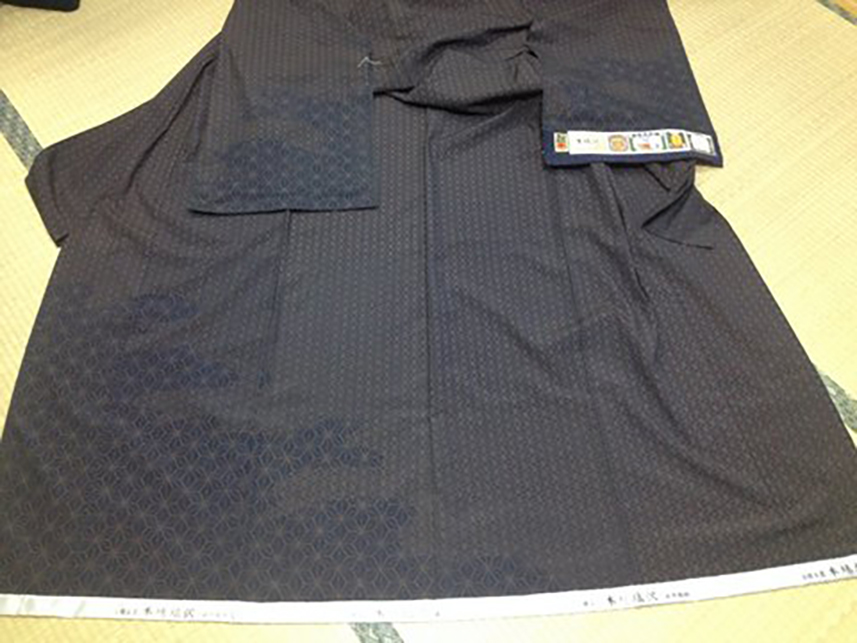 During this tour, you will be able to see the traditional skills of weaving and dyeing turn raw silk into elegant textiles like kimonos.
Private visit to Imanari Tsukemono (Japanese Pickles)
After the fascinating textile lesson, our next stop is Imanari Tsukemono. Tsukemono is a Japanese word for foods that are pickled, traditionally in salt, brine or rice bran. This essential Japanese food is eaten in endless varieties in almost every household in the country. 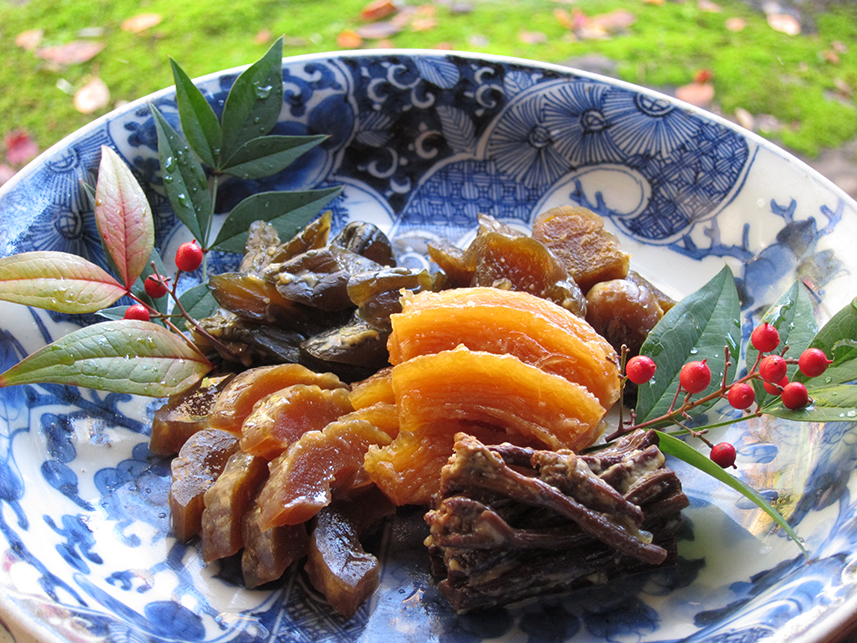 Imanari Tsukemono is famous for a special kind of mild pickles called Yamaga-zuke, which are made using sake lees from Hakkaisan (See Day 1). The name, which means "mountain pickles," comes from the poet Aizu Yaichi, who christened them in a collection of poems about 100 years ago. Imanari Tsukemono considers the publication date of that collection to be the date of their official foundation. Since then, they have never changed the recipe and continue to preserve the traditional flavor. 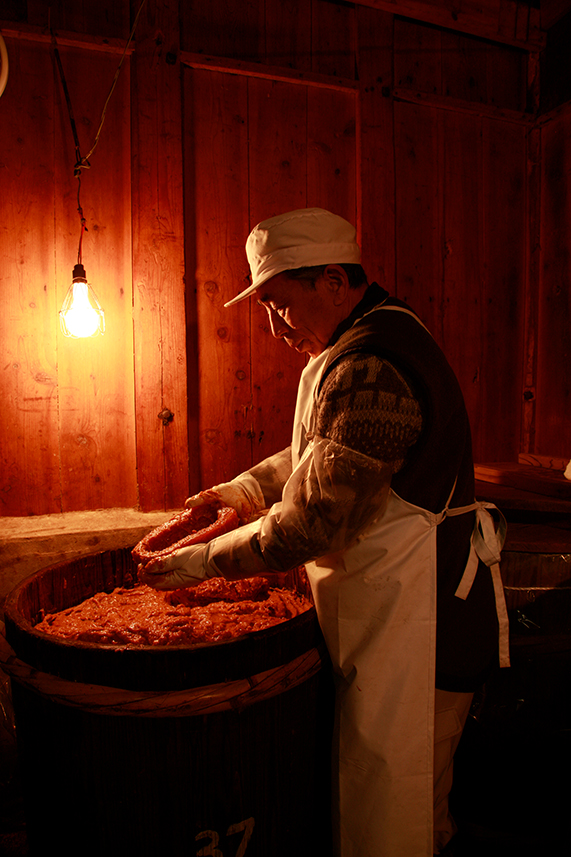 In regions of Japan with heavy snowfall, pickling is key to preserving food for the winter and represents an important part of the traditional local culture. There are countless types of Tsukemono across the country, but Yamaga-zuke is a well-known Niigata delicacy with unforgettable flavor. 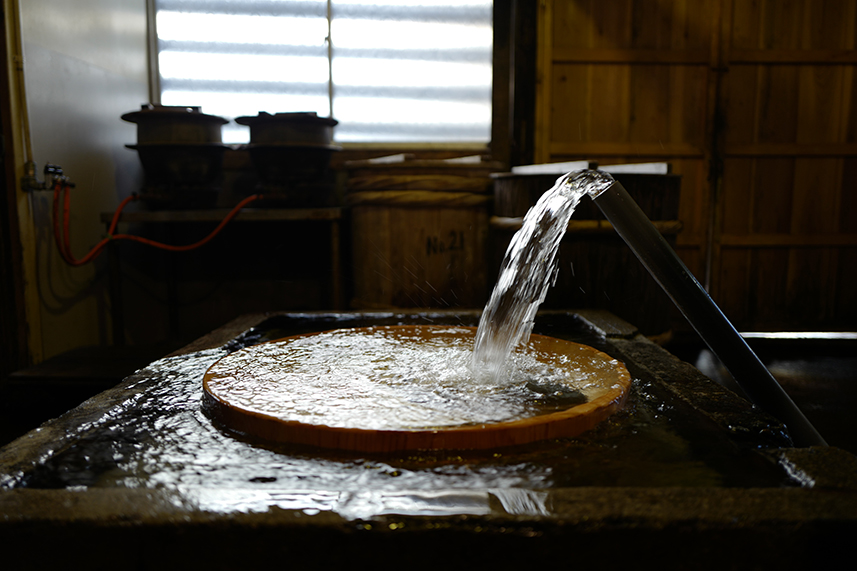 During your tour, you will not only have a chance to taste Yamaga-zuke but also see how they make this traditional dish and learn how sake lees are used to preserve fresh vegetables.