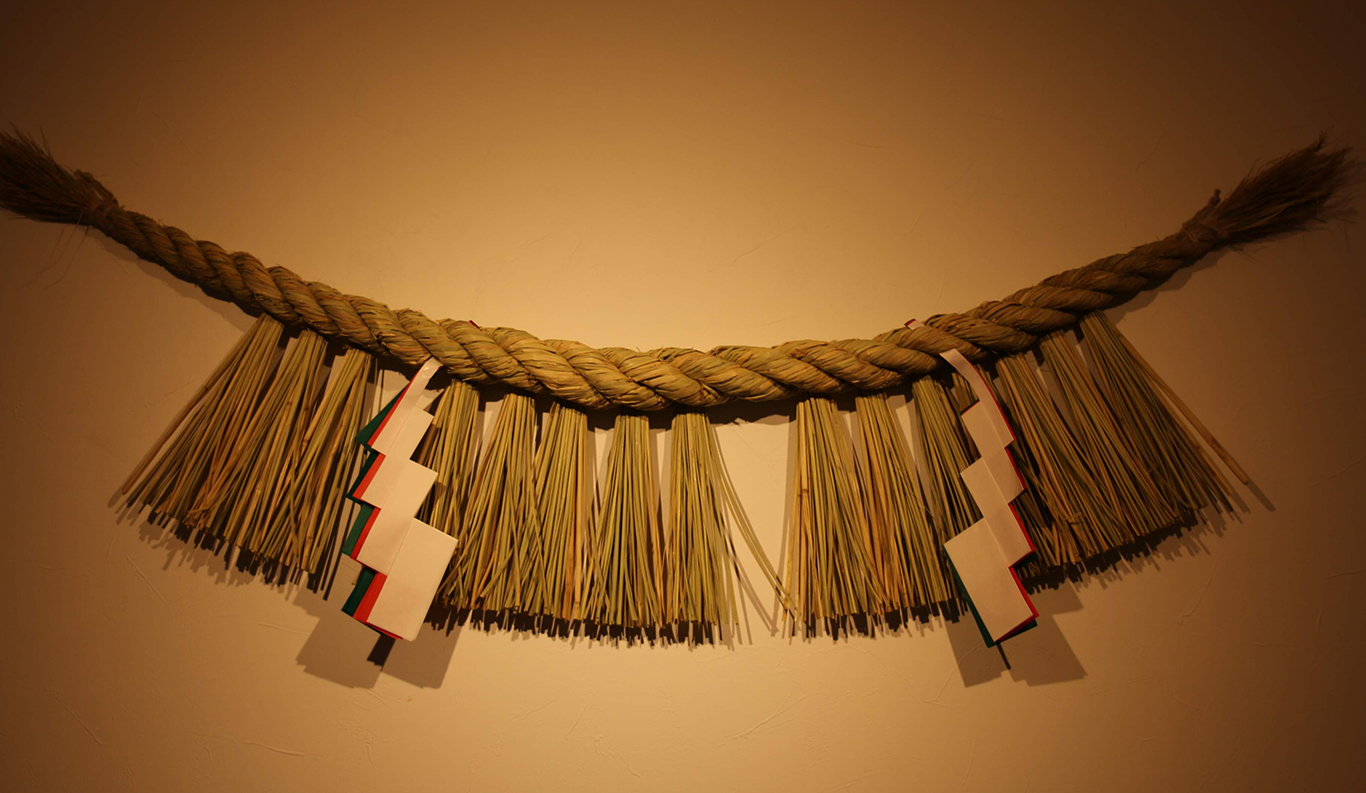 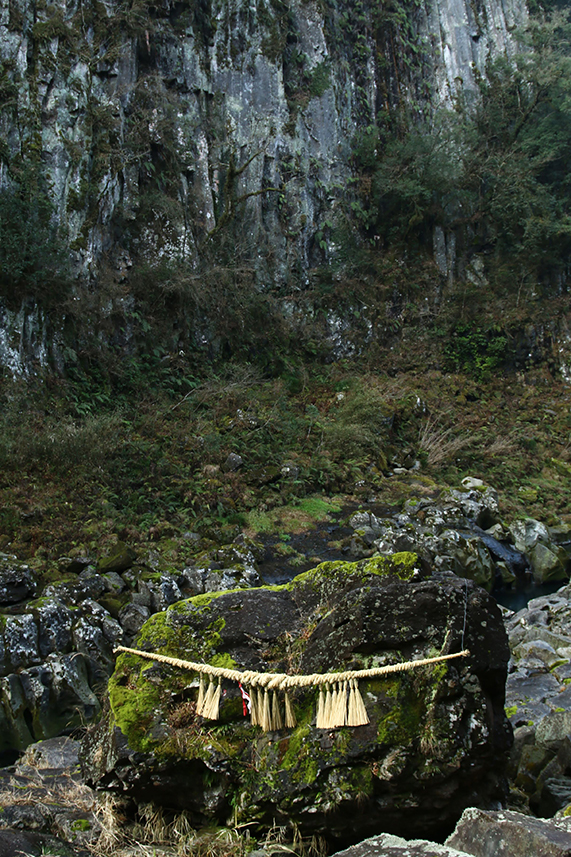 The land of Takachiho is steeped in Japanese mythology. Takachiho is notably the site of legend where the sun goddess of Shinto, Amaterasu hid herself in a cave because she was disturbed by her brother’s pranks, and other gods tried to let her out of the cave.

The phenomenon only happens generally from mid-September through late November, on days when there is a large differential between the minimum and maximum temperatures, which is called “unkai” (sea of clouds) is also a notable scenic site of Takachiho. It is believed that the god Ninigi-no-mikoto, who was descended to the earth upon the order of his grandmother, the sun goddess Amaterasu, landed on a thick layer of clouds enveloping the Takachiho Gorge.

During your trip to Takachiho, you may not only be able to see the otherworldly landscapes that Takachiho offers but also explore unknown traditional spots in this mythical land.

Distance from nearest ryokan: 5 min by car from Shinsen

This spectacular gorge in Takachiho has formed over 100,000 years ago after eruptions from Mt. Aso, which is located near northern Miyazaki. 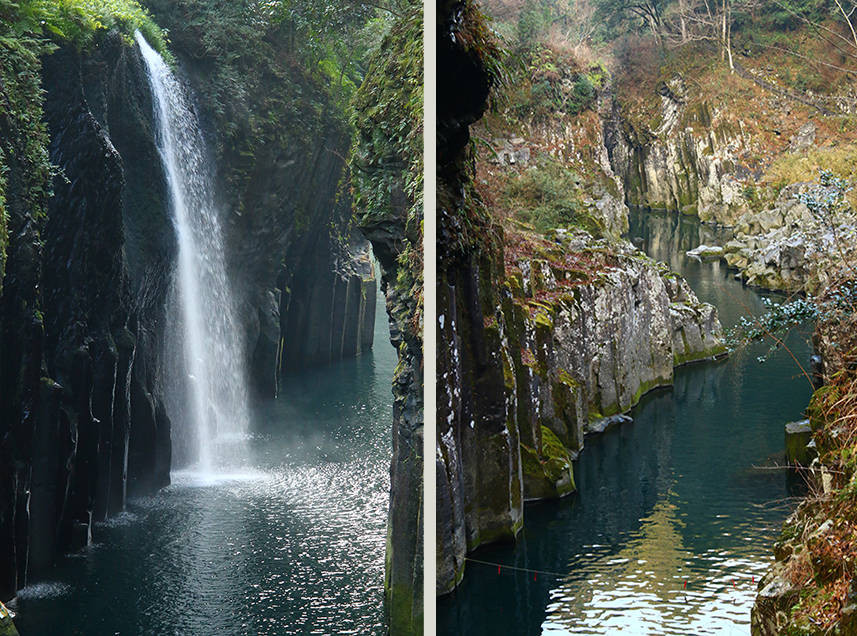 The abysses are complemented by vivid greenery in early summer and beautiful red-tinted leaves in autumn. You can walk and see the gorge both from above and below using paths and bridges around the river. You can also rent a boat at the south end and row along the river for an up-close look at the gorge and the 17 meters high Manai Falls, as water splashes into the river. If you love hiking, you can hike the perimeter of the gorge on the paved path that leads to Takachiho Shrine, which takes about 5 hours from the information center of the town. 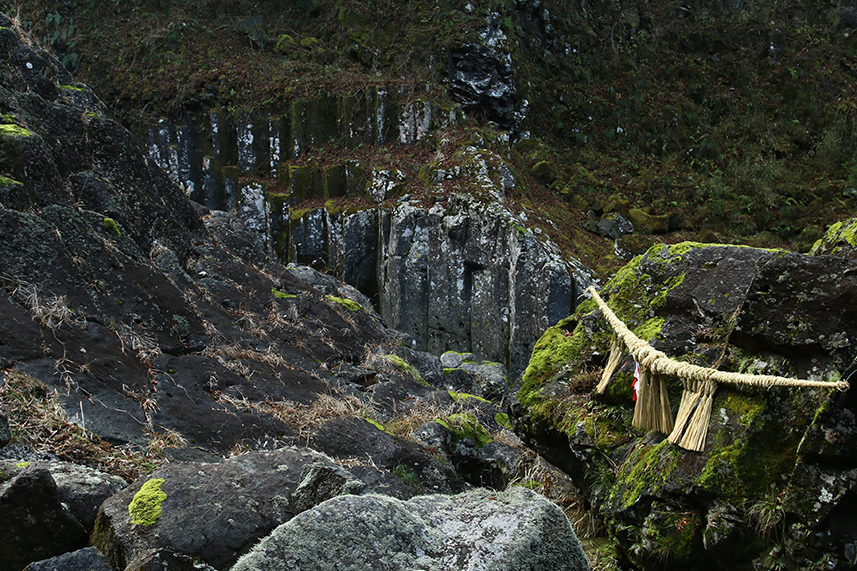 Clear air and sacred atmosphere around Takachiho Gorge may make you feel like the goddesses truly live within this mystical land of Takachiho.

Distance from nearest ryokan: 2 to 3 min by car from Shinsen

Ya-kagura simply means “night kagura” in Japanese. Kagura is a sacred dance rooted in shamanism, which celebrates the gods of Shinto. Kagura dances are performed across Kyushu Island, particularly in Miyazaki, where the gods of Shinto were believed to initially have descended from the heavens. In Takachiho, Ya-kagura has been performed for over 800 years. 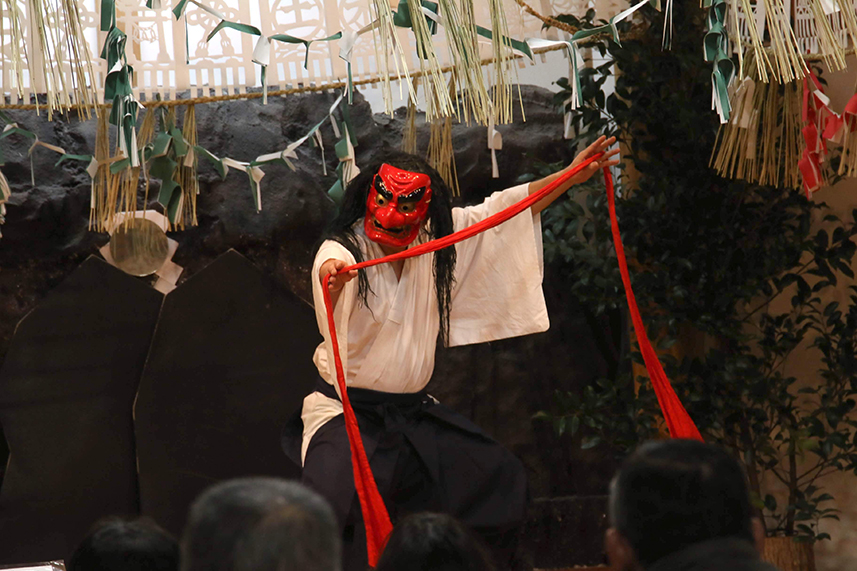 Kagura dances generally consist of 33 verses in total performed from an evening until the next morning, but you can see a short version of these dances at Takachiho Shrine each night, which is located within 2 to 3 minutes from Shinsen by car. The ya-kagura performances at Takachiho Shrine are for free and take place for an hour starting at 20:00 every night. 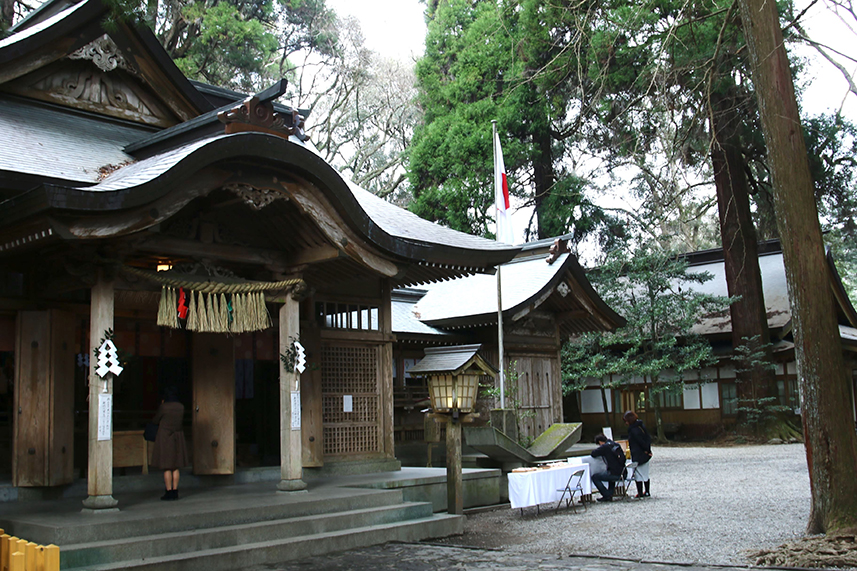 Distance from nearest ryokan: 15 min by car from Shinsen 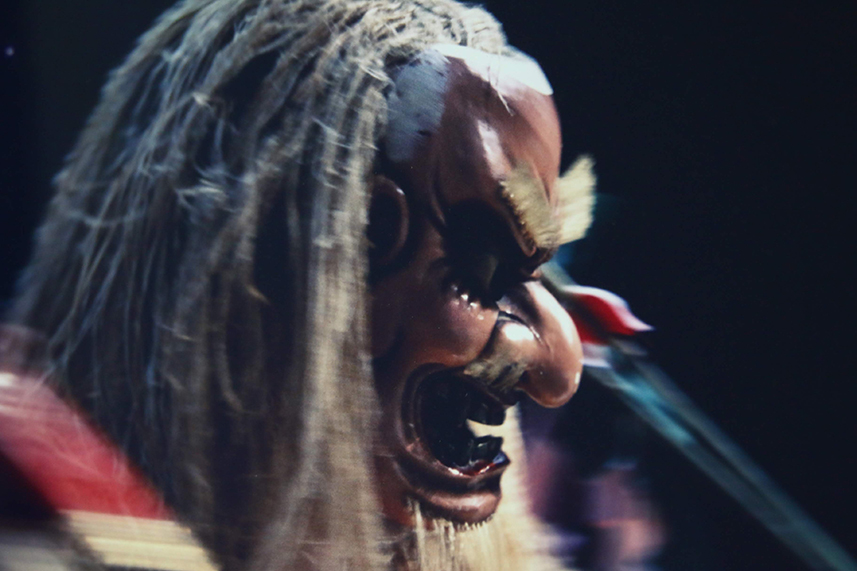 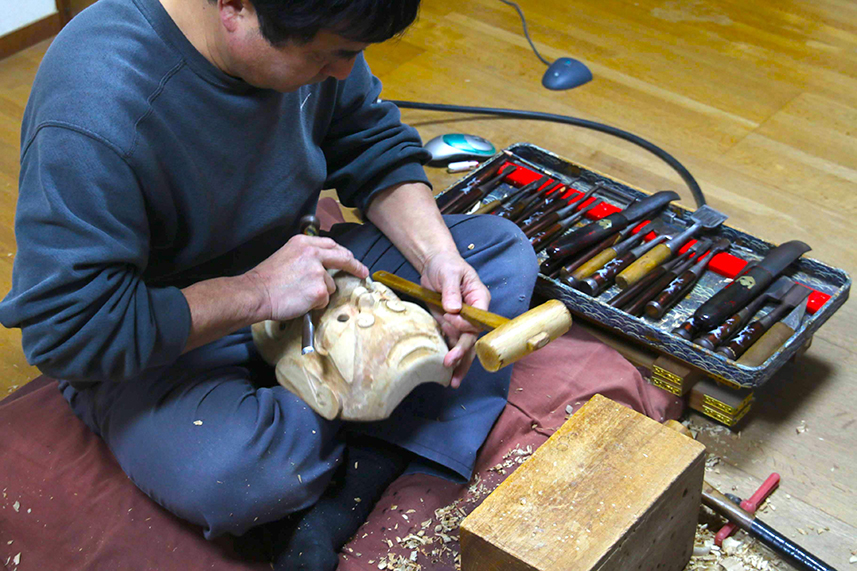 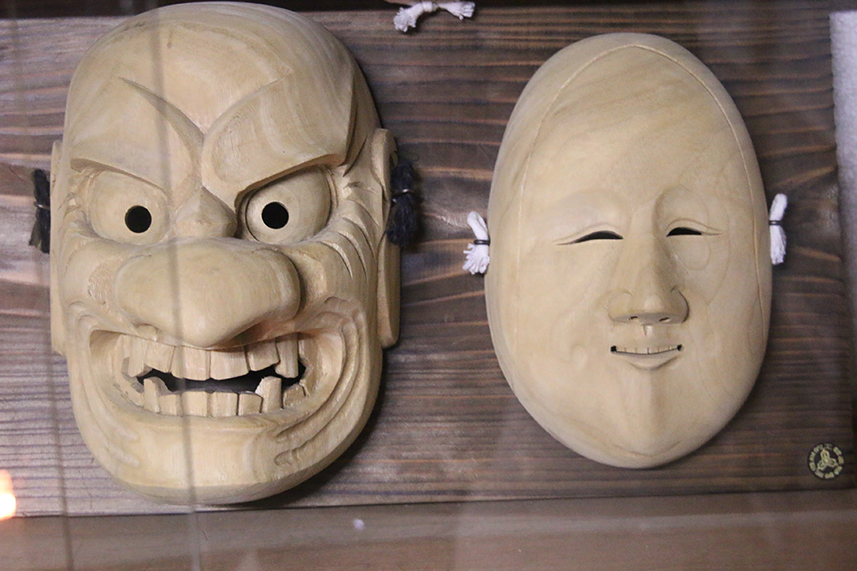 It takes two whole days to carve one kagura mask from the thick wood using 20 different kinds of tools. Kagura masks are made from paulownia wood, which is very delicate and not easy to make with, yet paulownia wood has been used to make kagura masks for over 500 years. 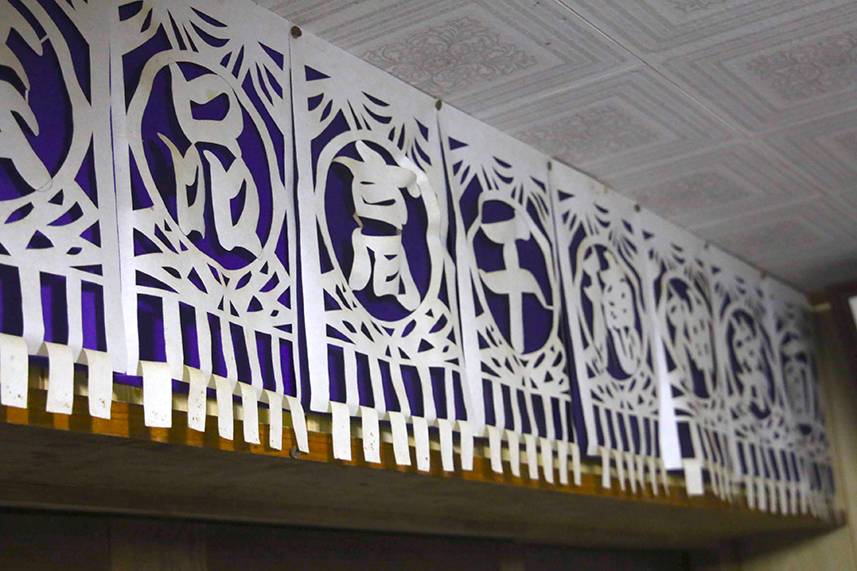 At this private visit, Mr. Kudo will explain how to make kagura masks by giving you a demonstration of carving, and later, you can practice carving on paper as shown in the picture above.

Distance from nearest ryokan: 15 min by car from Shinsen

Takachiho is also home to people who seek to solve regional issues by creating economic cycles and sustainability within the region through businesses using local specialties. The agriculture and forestry system in Takachiho were recognized as a Globally Important Agricultural Heritage System, which has been carried on until today. One of the local resources is tea. 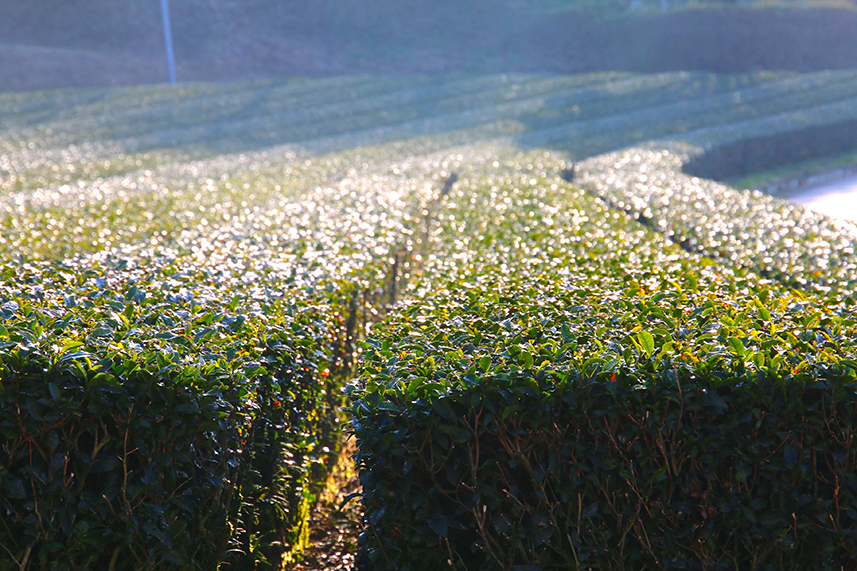 While the majority of Japanese green teas are steamed, Kamairi Tea is a rare type of steamed tea made in a pan-fired method, which is developed in Kumamoto and especially in Miyazaki. Mr. Kai, a Japanese tea sommelier, is one of the leading persons in the tea processing industry in Takachiho whose vast range of tea plantations are located at 980 feet in altitude. 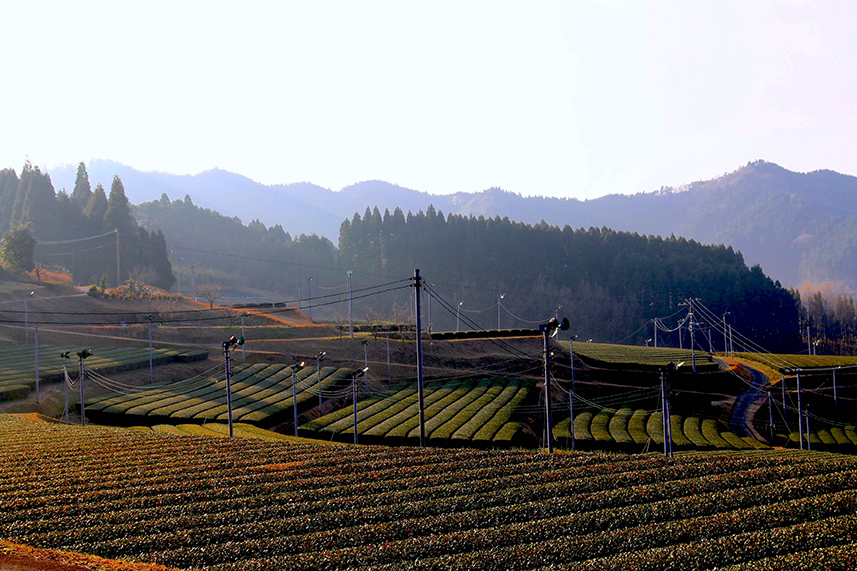 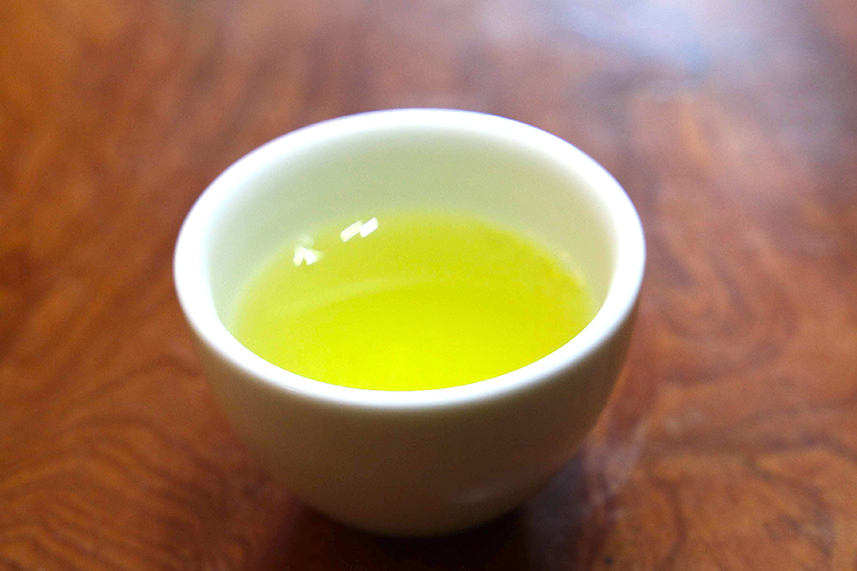 Although typical Kamairi Tea tastes the scent of grilled chestnuts and sweet aftertaste that are very fluid in your mouth, the Kamairi Tea made by Kai Tea Factory also has a greater aromatic richness and elegant aftertaste in your mouth. At this private visit, the tea factory tour is available upon making an appointment in advance through Shinsen.
Distance from nearest ryokan: 10 min by car from Shinsen

Shimenawa is sacred ropes used for ritual purification that is usually displayed during the New Year’s holidays, but in Takachiho exclusively, they are displayed at the main entrance of buildings throughout the year. On every New Year’s Day, they are replaced with new ones. 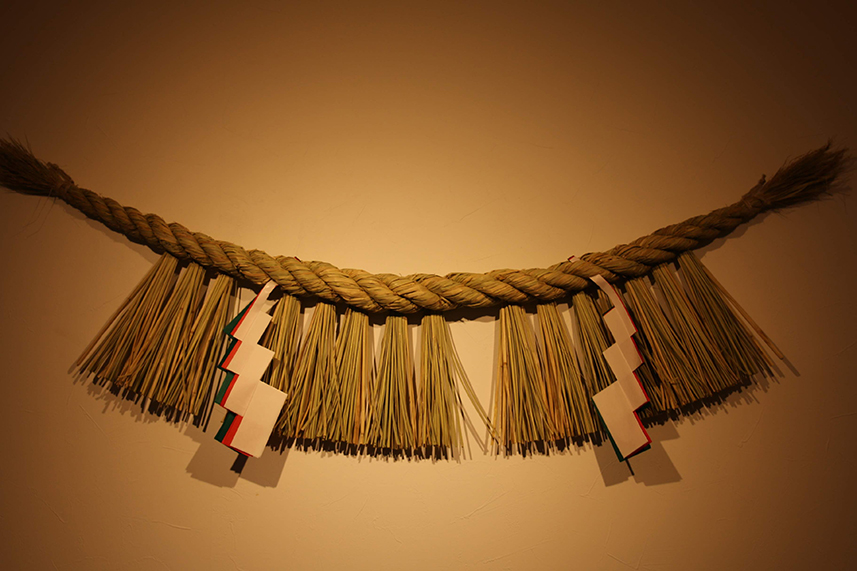 At the studio of “Wara-zaiku (straw-crafting) Takubo”, craftsmen silently work on creating shimenawa. 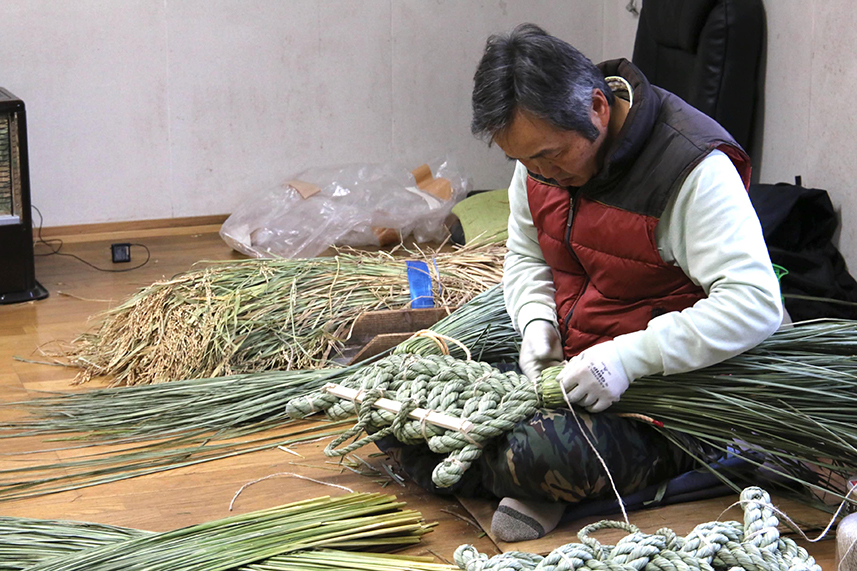 Wara-zaiku Takubo was established around 60 years ago. Mr. Kai is a skilled craftsman who makes various types of traditional crafts in Takachiho. During the off-season for rice farming, his family originally started to use straws to make shimenawa. The number of wara-zaiku craftsmen has decreased in Japan, but Mr. Kai believes the wara-zaiku tradition lives within this region, Takachiho.

Next to the rope-making studio, the crafts gallery is open to the public. 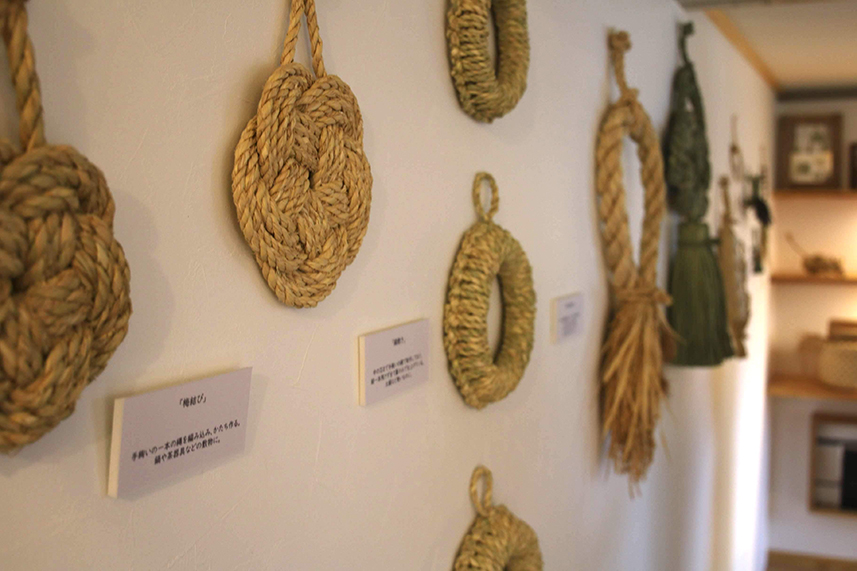 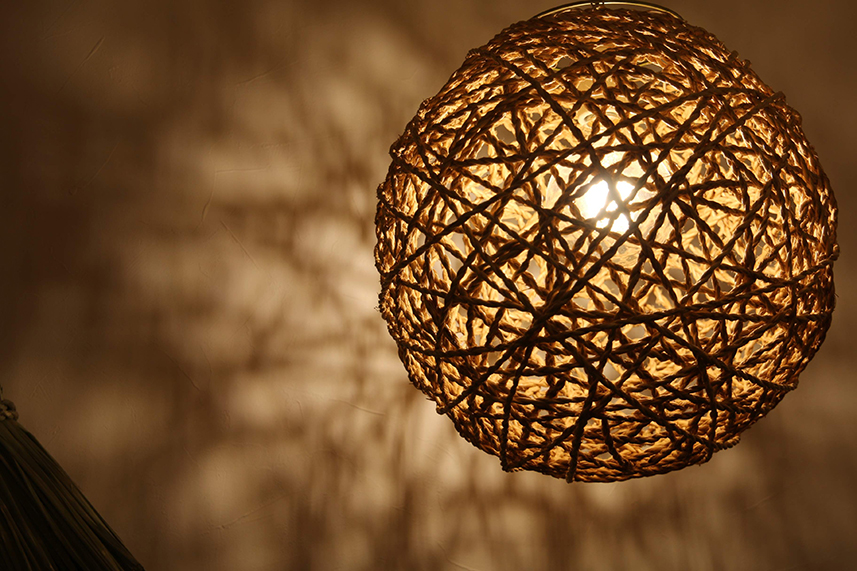 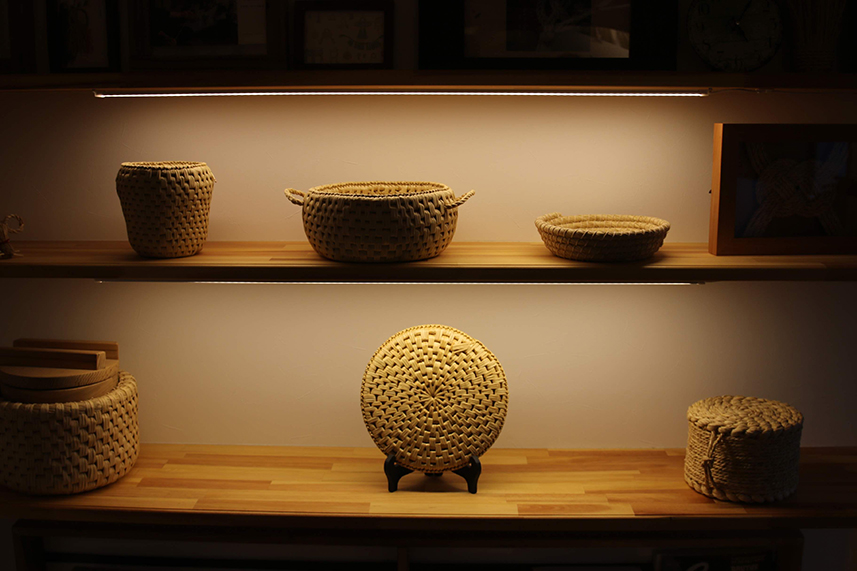 It is believed that shimenawa is protection to ward off evil spirits and bring in good. According to legend, shimenawa is derived from the story of the sun goddess Amaterasu when she hid herself in a cave. After she got out of the cave, other gods put a rope around the cave so that she could never enter again. The people in Takachiho display shimenawa at the entrance of their houses, because it represents their belief that they are living with gods.