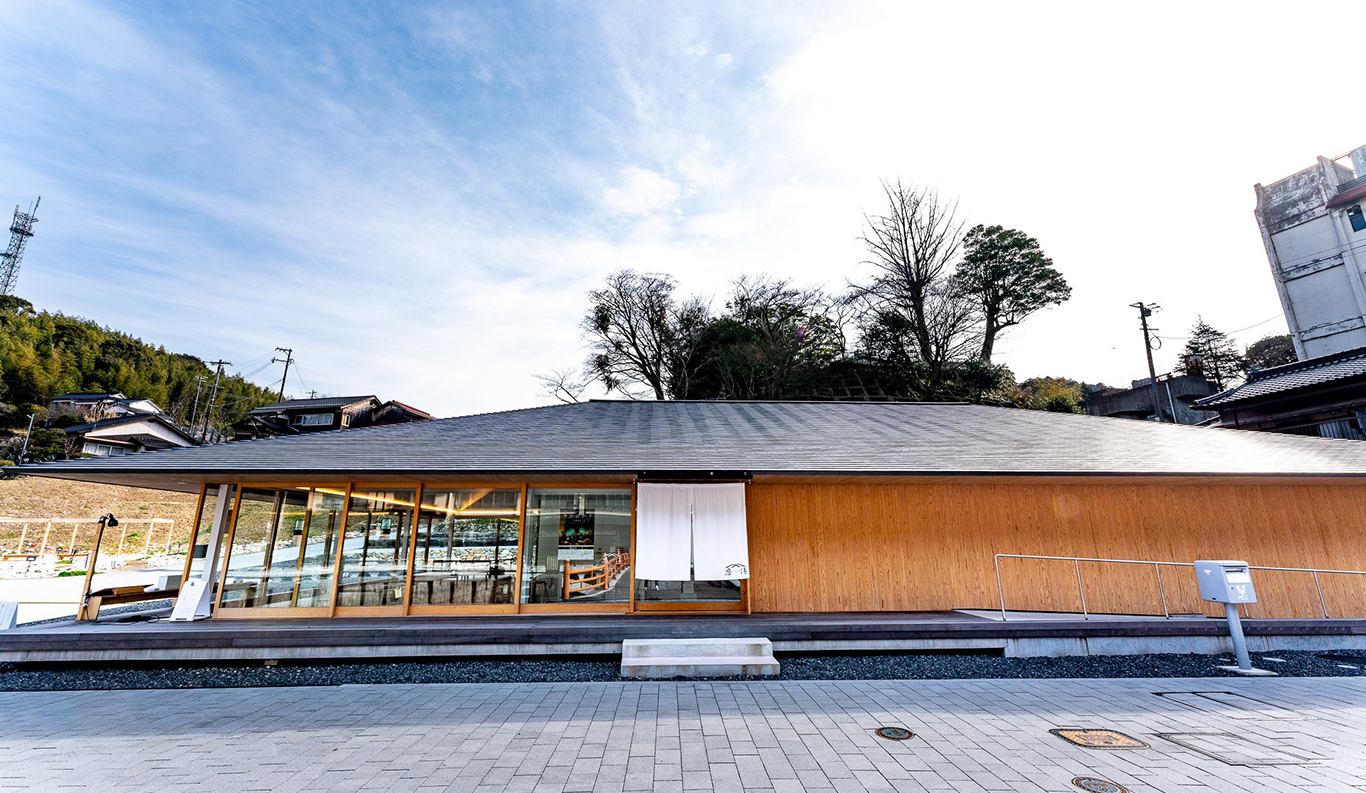 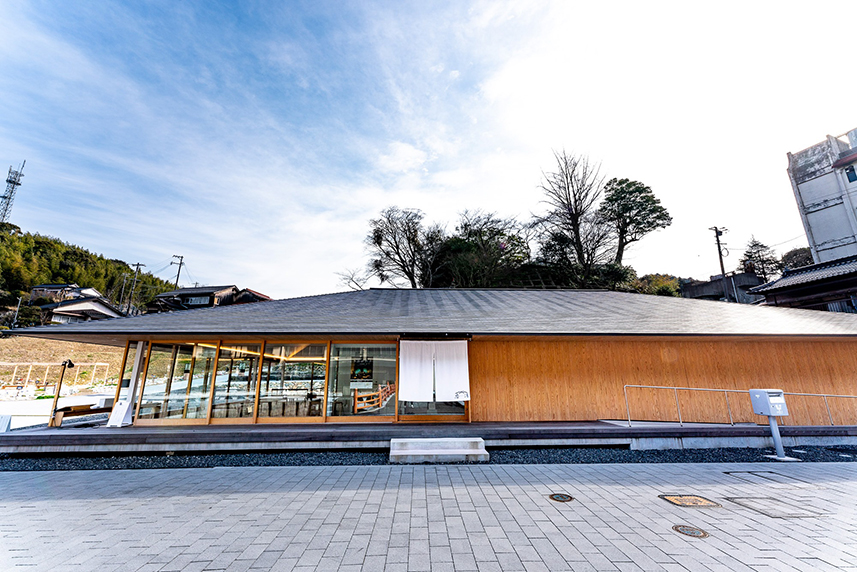 Japan is an archipelago located on a volcanic belt known as the "ring of fire." Ever since the olden times, Japanese people have been enjoying bathing in hot springs. The practice of bathing in hot springs became popular for people in the Edo Period (1615-1867). The history of Onto is also profoundly linked to myths and legends, which initially began in 1426. There are roughly 20,000 hot spring facilities all over Japan. Believe it or not, there are usually legends and a deeper level of another story behind it associated with its origin. As a matter of fact, Onto has a fascinating inside story as well as others. You may probably feel different and find it more interesting if you acknowledge the story behind the legends of Onto experiencing the bath in the oldest hot spring of Yamaguchi. 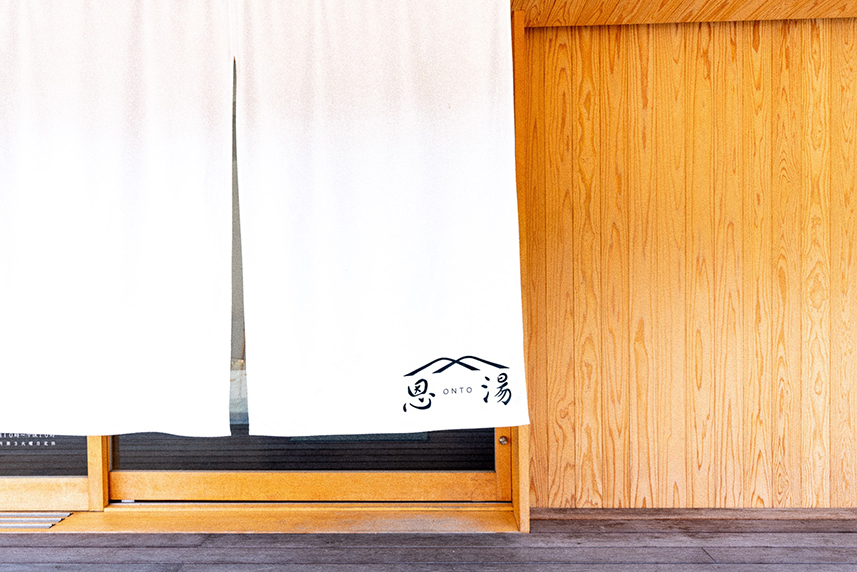 Myths of Japanese Onsen (hot spring) are usually involved with gods or animals, such as Japanese white heron, white fox, etc. It probably sounds a bit fake to some people; surprisingly, however, most Japanese intend to believe the legends without any doubt. This is one of the uniquenesses of Japanese hot spring mythology.

Similarly, for Nagato Yumoto Onsen, there is a magnificent story about the origin of the onsen written in the Taineiji Temple history book. The story initially begins back in 1426, when Sumiyoshi Daimyojin (a god) has started visiting the abbot's quarters at Taineiji Temple, which initially was built in 1410. Sometimes Sumiyoshi Daimyojin disguised himself as an old man or a lady and visited the temple to learn about the Buddhist dharma every day. One moonlit night, an o ld man was waiting for Joan Shuzen, the priest of Taineiji Temple at that time, meditating on the rocks on the west side of the main hall. When the temple priest asked for his name, he responded to him with a poem. "In the hideout of the voice of wind blowing through pine trees, there has always been the god of Sumiyoshi and still is." - the old man was actually Sumiyoshi Daimyojin (a god). Right after that, the priest invited Sumiyoshi Daimyojin to the abbot's quarters and handed him over a brocaded Kesa (a Buddhist stole that high-ranked monks are only allowed to wear) and Bodhisattva vow, which is a book that describes the core teachings of Buddhism. Then, Sumiyoshi Daimyojin said to the priest, "I have prepared a hot spring in the area of 8-Chome south at Taineiji Temple, so I would like you to use it for the monks to bathe". As a return gift, Sumiyoshi Daimyojin discovered a hot spring flowing from the mountains. After he said that, thunder rang, and the old man (Sumiyoshi Daimyojin) disappeared above the clouds in the form of a giant dragon.

Onto was named after "Ho-on," meaning gratitude of the old man (Sumiyoshi Daimyojin) for the priest, Joan Shuzen. Joan sincerely respected and gave him the brocaded Kesa and Bodhisattva vow. The place Sumiyoshi Daimyojin mentioned, "8-Chome south of Taineiji Temple," is the current spot of Onto (Nagato Yumoto Onsen), and even after more than 600 years, the hot spring (Onto) is still springing from the bedrocks of the area.

This is the well-known story of the origin of Nagato Yumoto Onsen and Onto, known as the oldest hot spring in Yamaguchi with a history of 600 years. However, the background behind this story could be interpreted differently, according to the owner of Otozure, Mr. Kazuhiro Otani.

At that time, Zen Buddhism, such as the Soto-shu (one of the largest traditional sects of Zen in Japanese Buddhism), had strong ties with local daimyo (Japanese feudal lord). And hot springs were set up in various places for those monks who practiced at temples to cleanse themselves. The Ouchi Family (the clan) has earned enormous wealth through trade with China and Korea. Since the Sumiyoshi Daimyojin is a sea god who protects the sea and considering this background, the Ouchi Family, Taineiji Temple, and Sumiyoshi Shrine possibly collaborated to build the Onto story for political use. An inside story does not exist only for Onto, but for other hot springs all over Japan. They create legends using animals or gods based on a deeper level of another story associated with the political background behind it, like Onto. It is one of the uniquenesses about Japanese hot spring legend, and this is the historical legend of Onto, which has been passed down from generation to generation.

The reopened Onto is a one-story building that you can glimpse the beauty of Japanese traditions in the cozy wooden house. Its simple appearance is designed by Mr. Shohei Oka, who is known for the architecture of Busshozan Onsen in Kagawa Prefecture. In the public bath area, a stone statue of Sumiyoshi Daimyojin is enshrined, where it can be seen from both men's and women's sides. The average depth of the public hot spring baths in Japan is 50 to 60 centimeters (about 20 inches), but the depth of the Onto's bath is 1 meter high (approx. 3.3 feet). Taking a bath in such a deep bath promotes blood circulation by applying water pressure to the whole body and reduces swelling and poor circulation. It's actually better not to crouch down and just relax and enjoy the rich spring quality. The spring quality of Onto is a simple alkaline spring. The rich quality of the spring water is very soft and smooth, cleansing both your body and soul, as the ancient monks used to bathe 600 years ago. Onto, closely connected to Sumiyoshi Shrine and Otozure River, is a new symbolic scenery of Nagato Yumoto Onsen for both the neighbors and tourists. When surrounded by peaceful tranquility, it is easy to recall things in life that we may have overlooked. Come and experience Onto, the new symbol of Nagato Yumoto Onsen close to Otozure, and enjoy its sensational vibration. 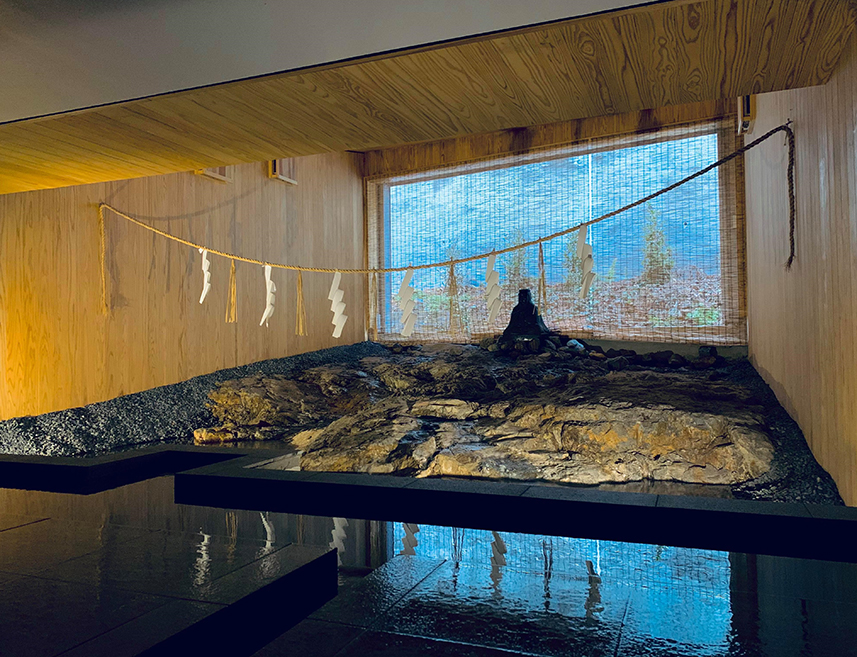 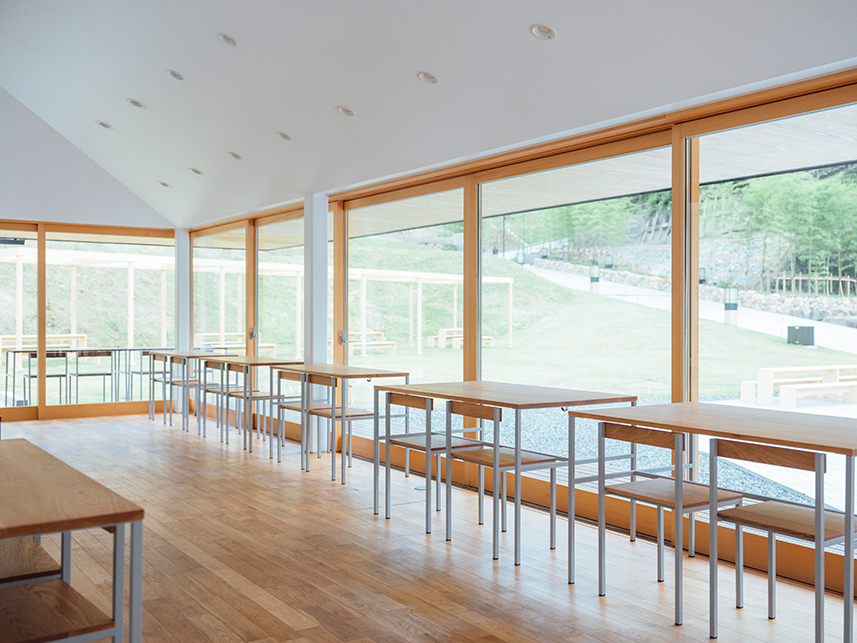 Restaurant Onto-shoku is located right next to Onto. After you relax at Onto, Restaurant Onto-shoku is an excellent spot for foodies or health-enthusiasts. At Restaurant Onto-shoku, you can enjoy health-conscious food using plenty of local ingredients, centered on Nagato Yumoto's specialty chicken and tofu. Also, sweets are using Nagato chicken eggs, herbal tea from Yamaguchi, local sake, and organic wine. You can take it with you when you walk around Onto and Otozure River. 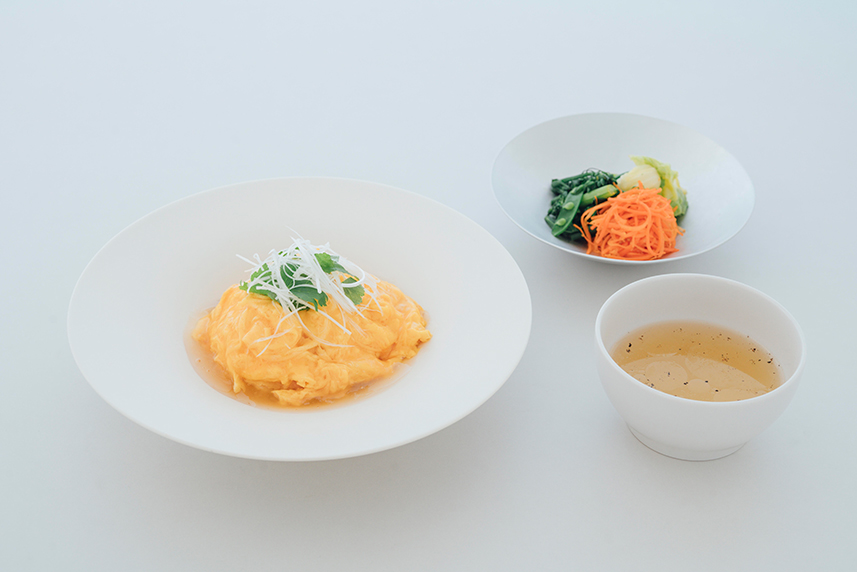 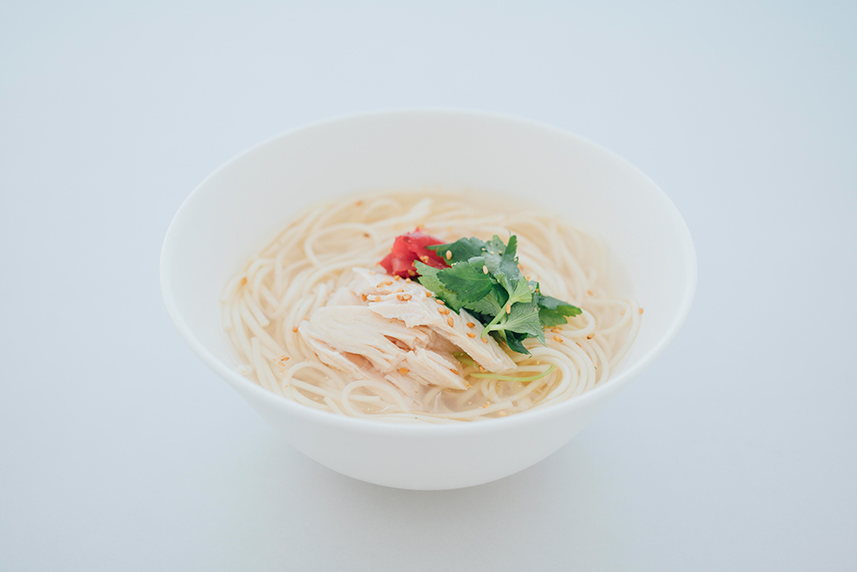 Distance from nearest ryokan: 5 min on foot from Otozure 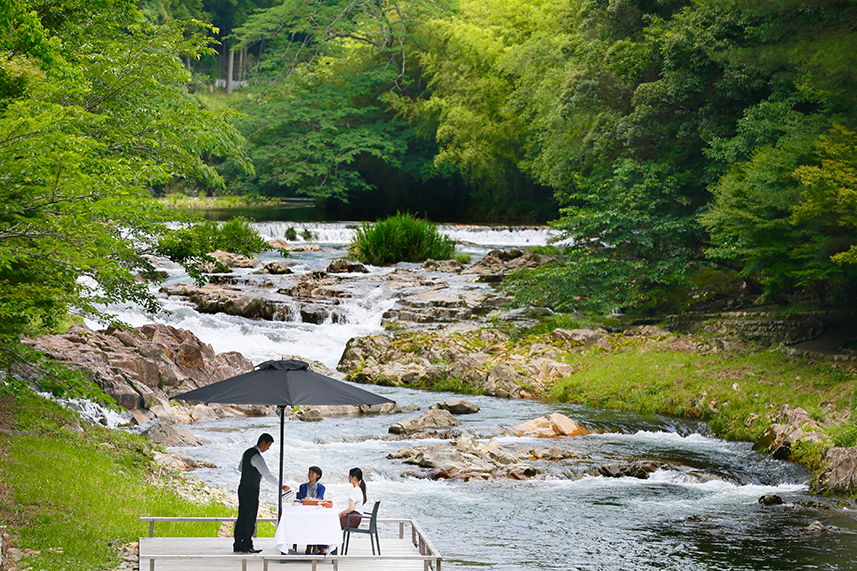 The Otozure riverbeds have become available since spring 2020. The open space around the Otozure River is closely connected to Onto and Restaurant Onto-shoku. Since the restaurant is open, the lawn in the Otozure River background has become the right spot for everyone visiting Nagato Yumoto Onsen Town to hang around with a peaceful mind in nature. In this idyllic nature, romantic dinner parties, outdoor activities, morning bazaar, and weekend's marché events and workshops are planned to be held. All these events and workshops are not only for visitors but also for the locals. From exploring the local items/food to having relaxing moments with your loved ones, the Otozure riverbeds have vast opportunities to range over the Nagato Yumoto Onsen even more. 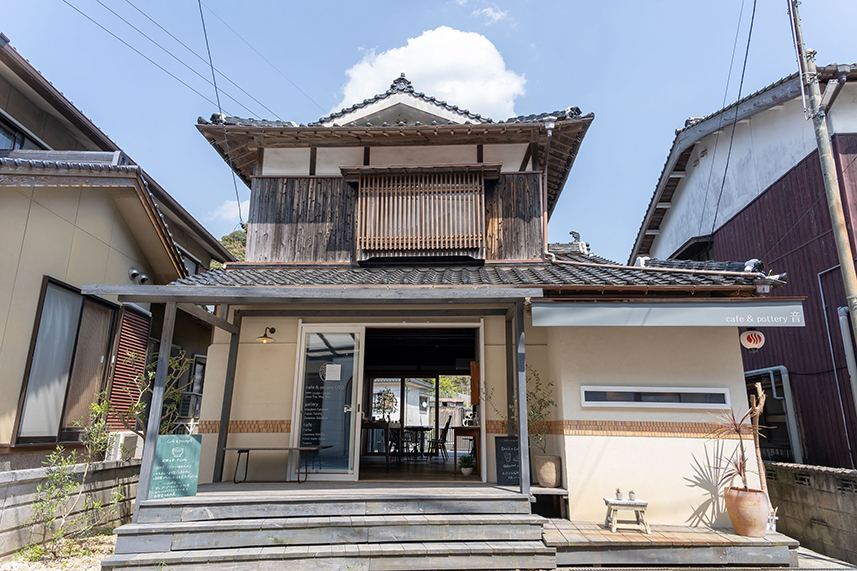 "cafe & pottery OTO" was reborn in 2017 from a 50-year-old vacant house to a stylish, cozy cafe and gallery, serving tasty Otozure blended coffee, tea, beer, local's special fresh juice, light meal, and sweets. Out on the terrace, you will absolutely enjoy the peaceful moments listening to the babbling of a brook of the Otozure River right in front of you. 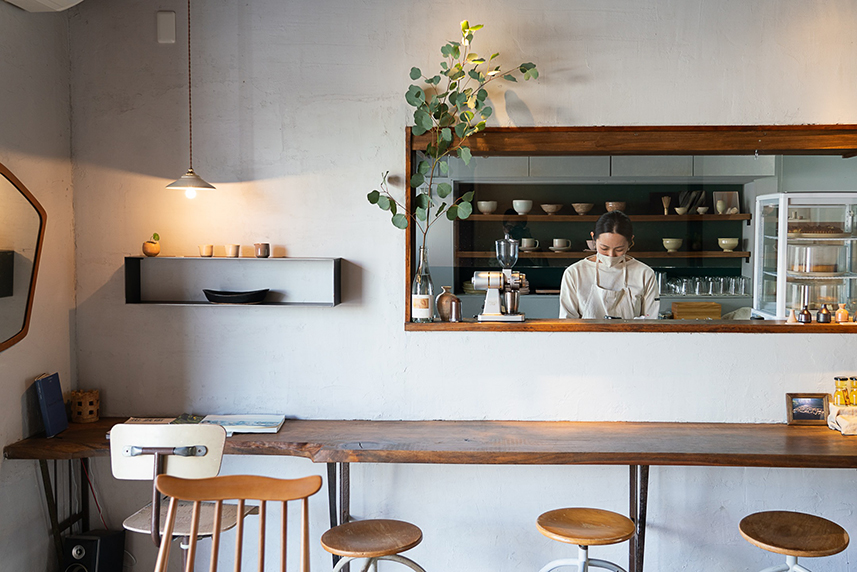 The cafe also exhibits the well-known Hagi pottery. The works of three young potters from Hagi-yaki Fukawa Klin, Mr. Masahiro Sakakura, Mr. Takao Tahara, and Mr. Zenemon Sakakura, are on display and for sale. Cafe's drinks and homemade sweets are served on their pottery plate. 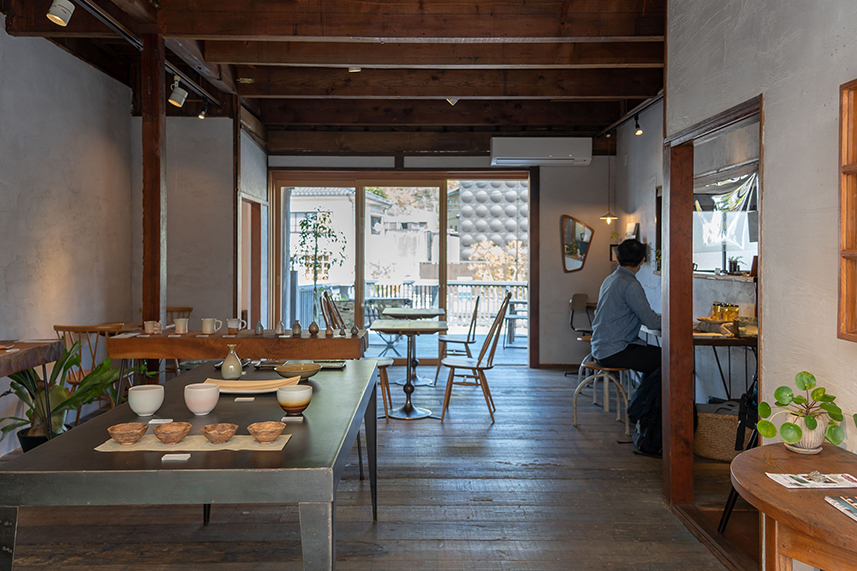