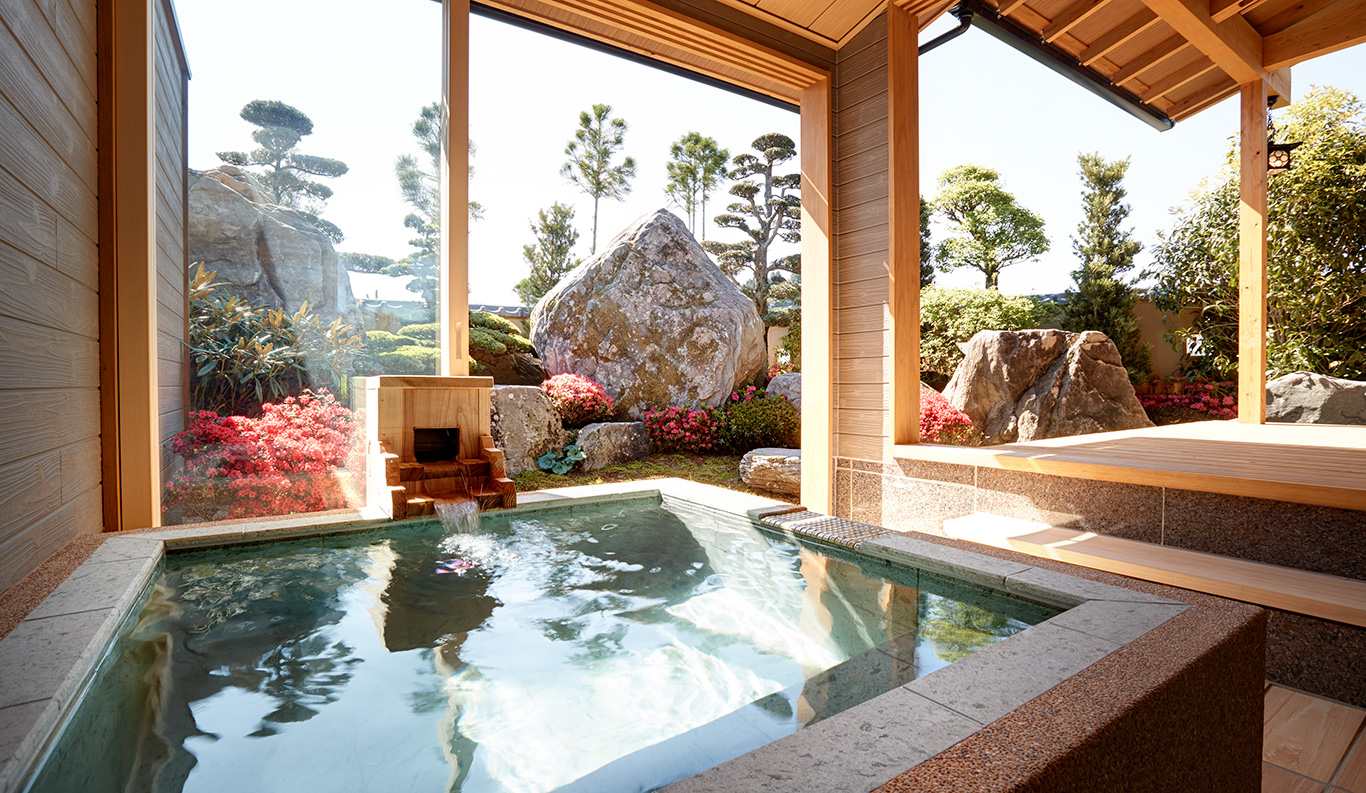 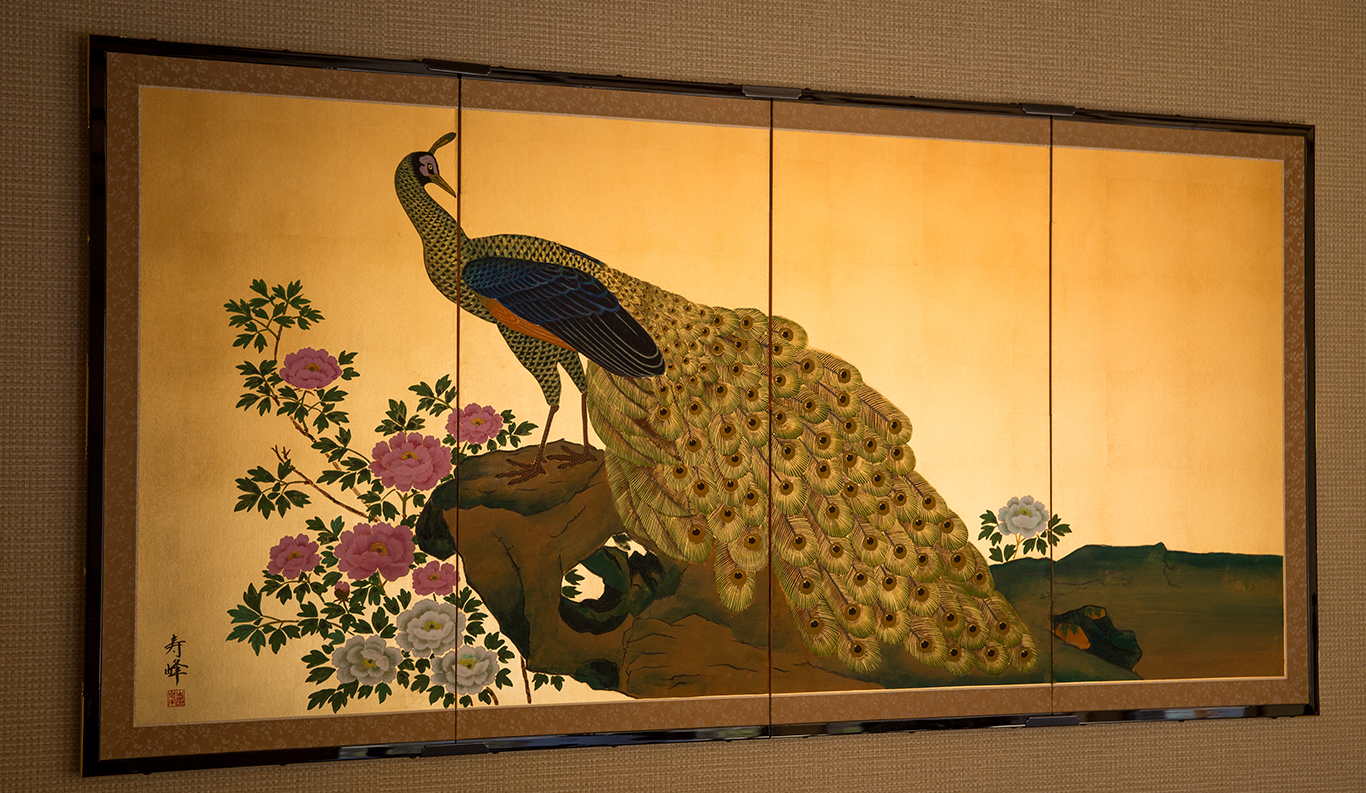 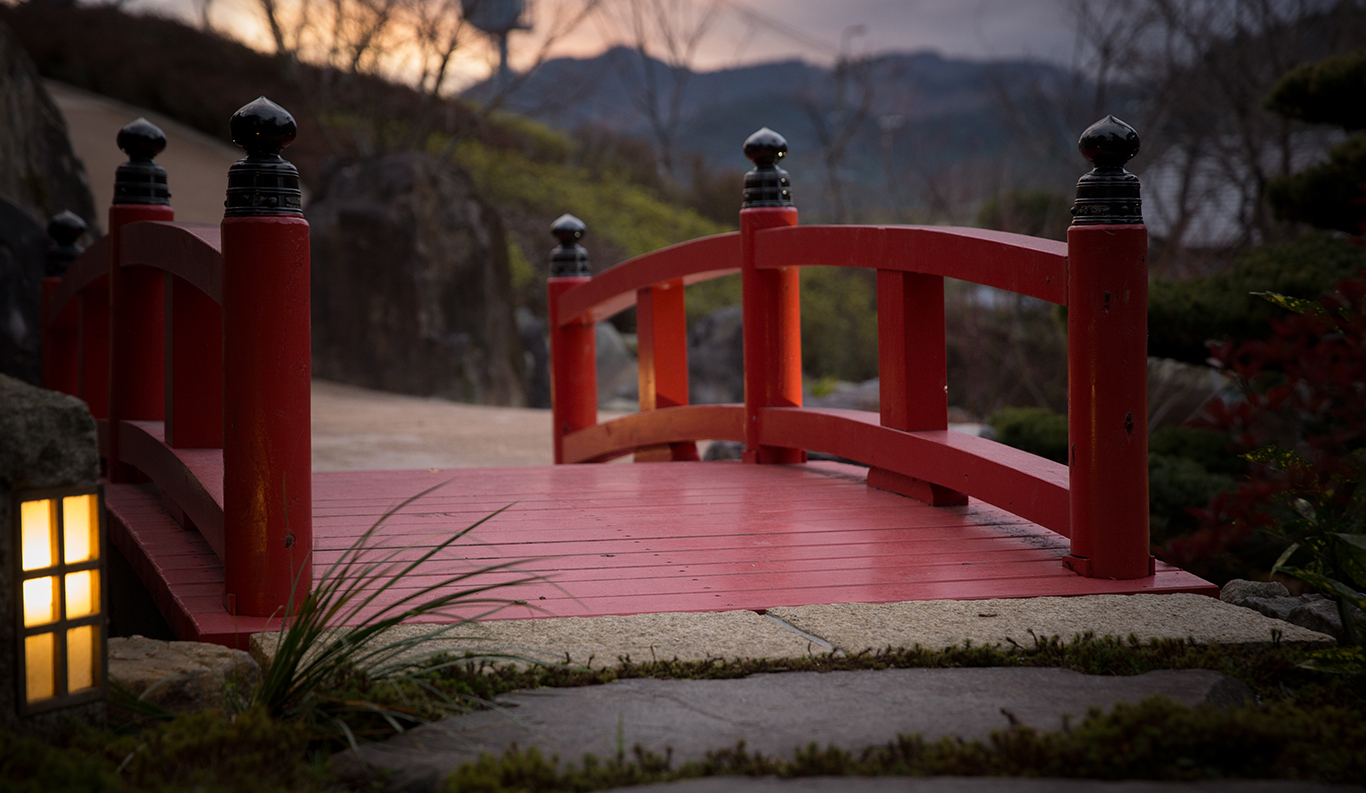 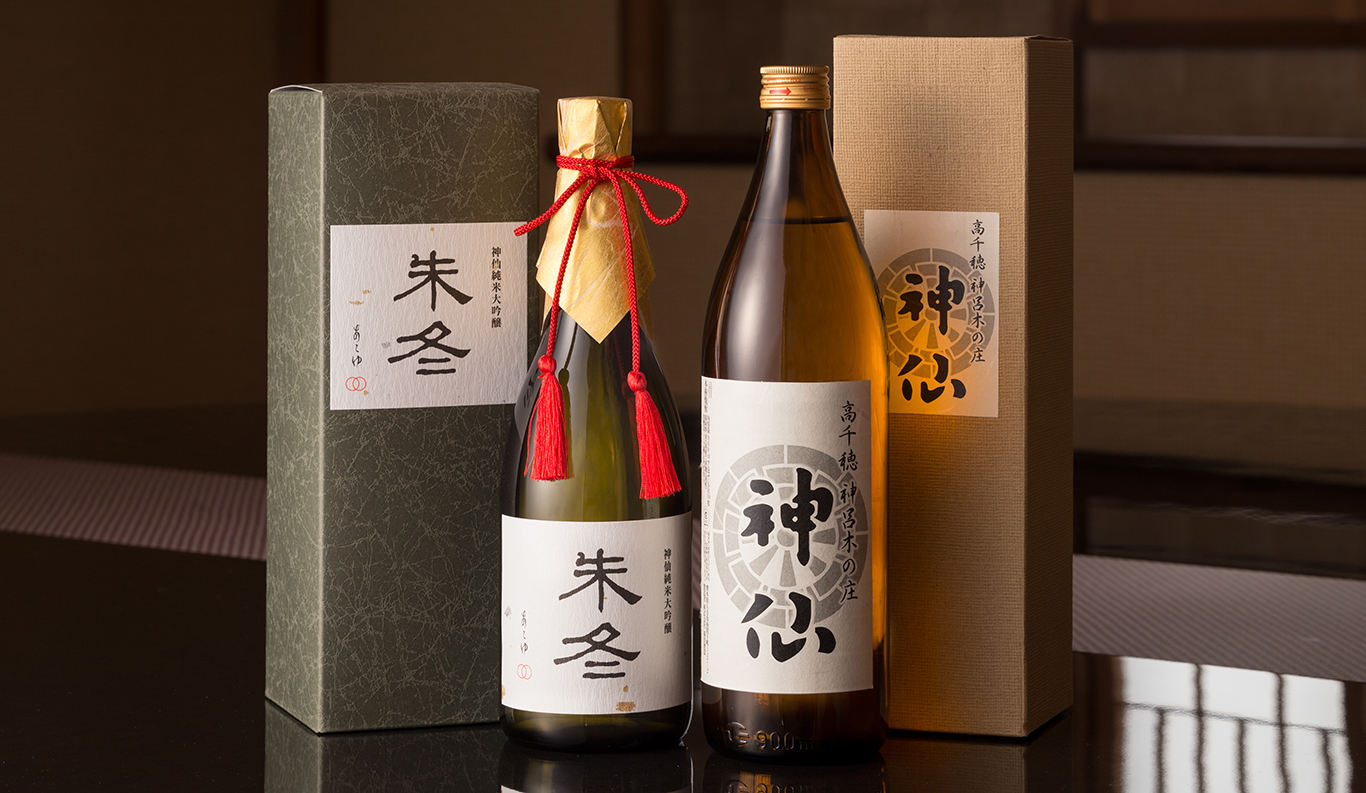 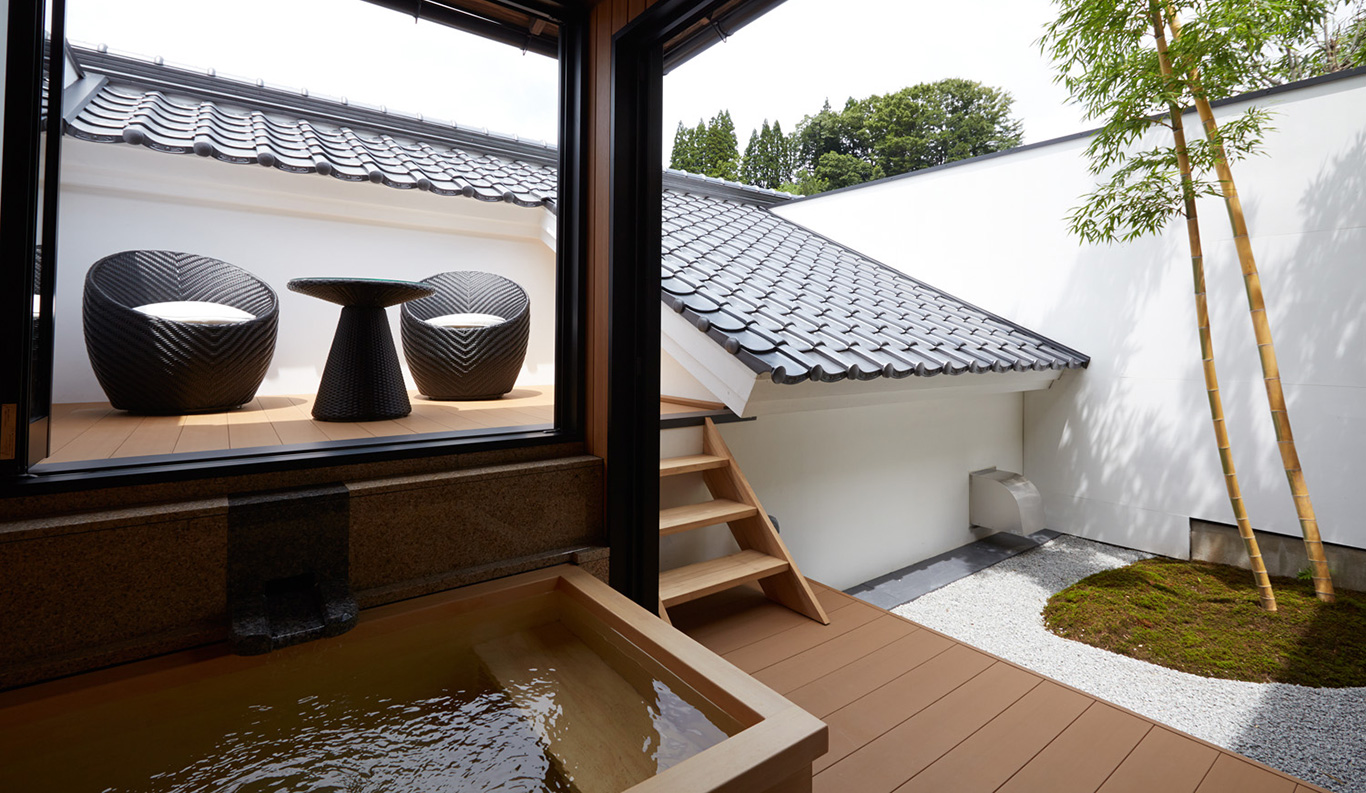 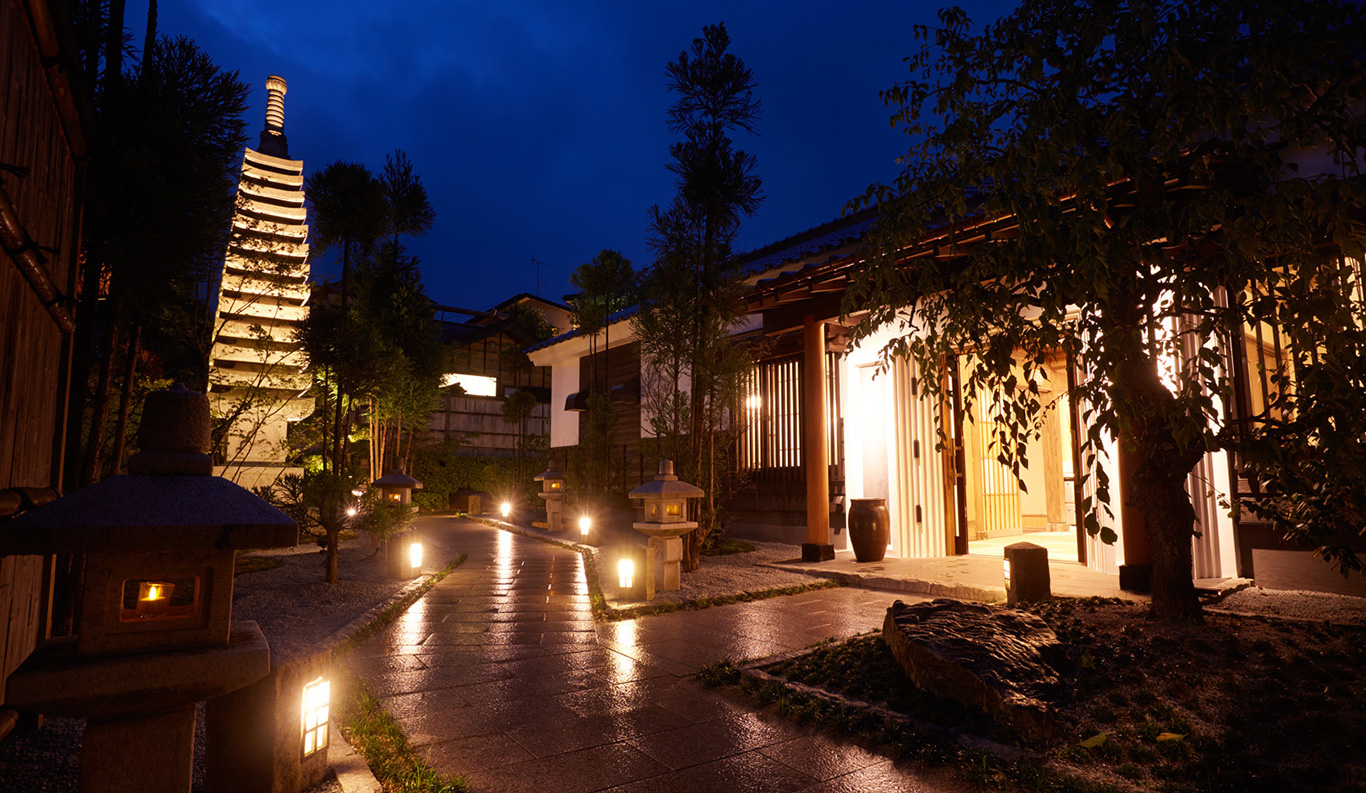 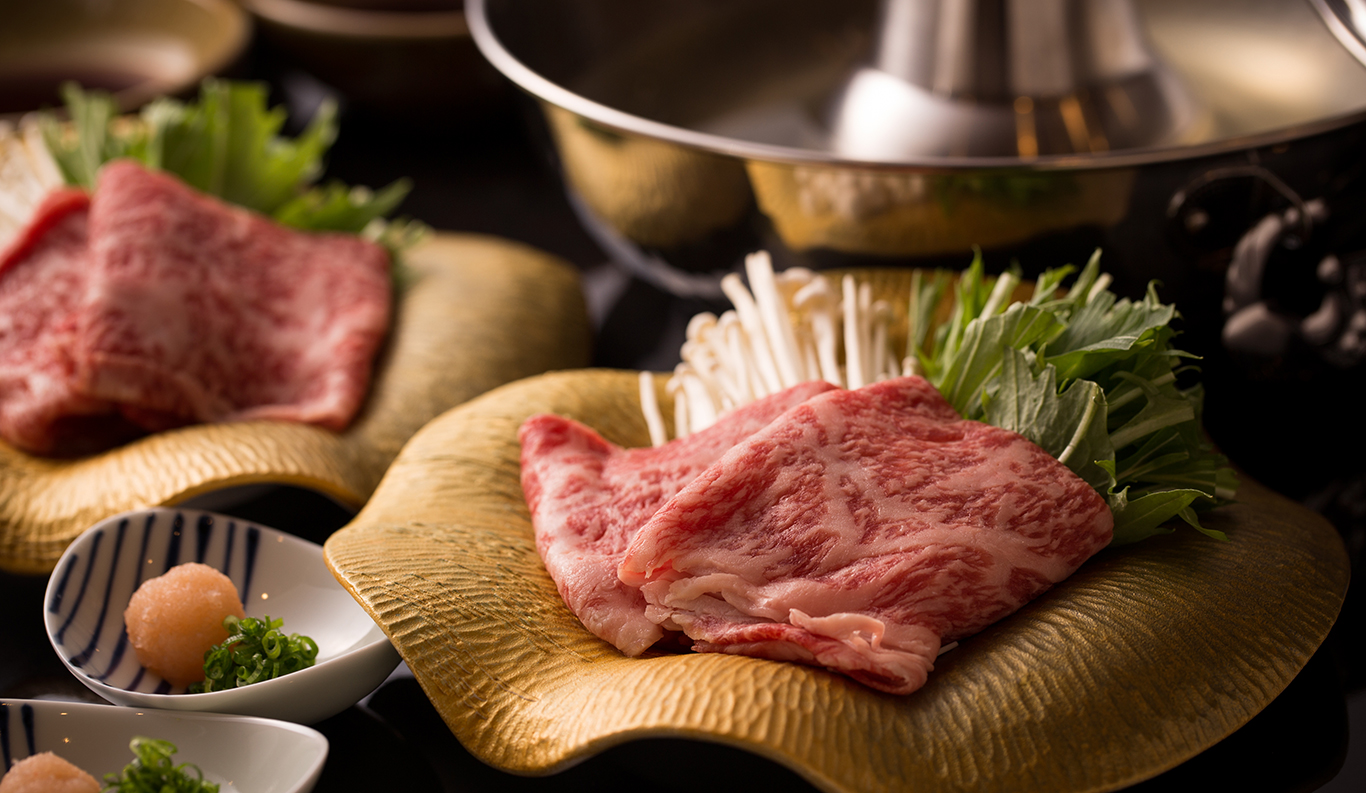 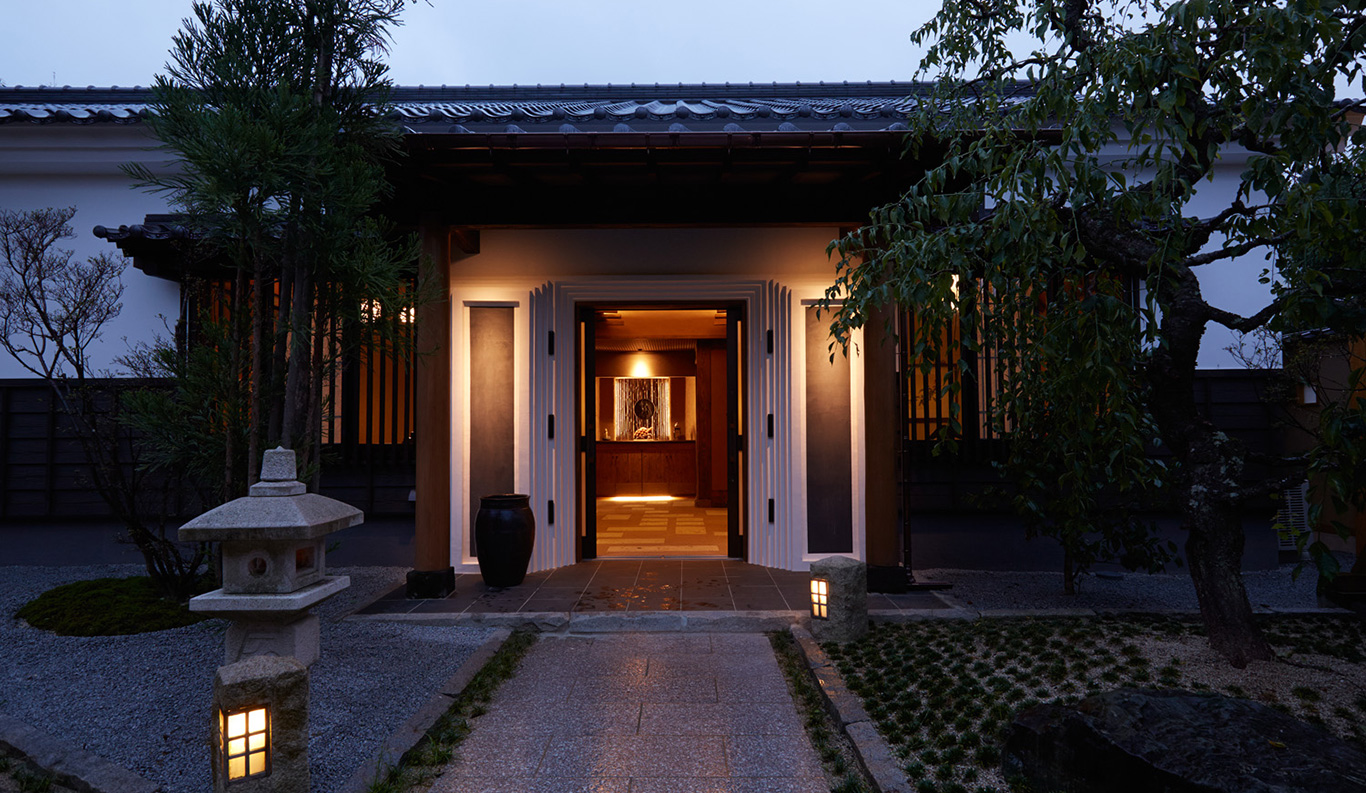 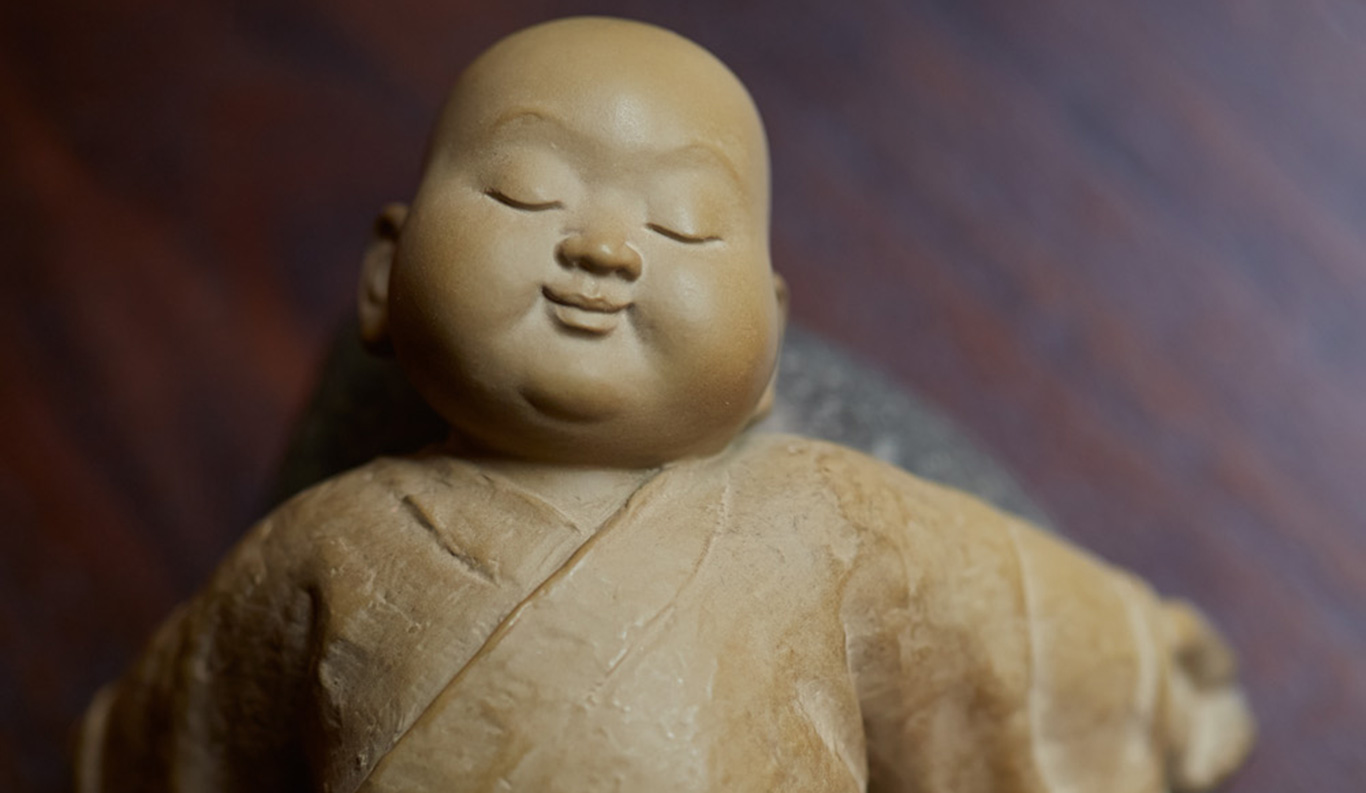 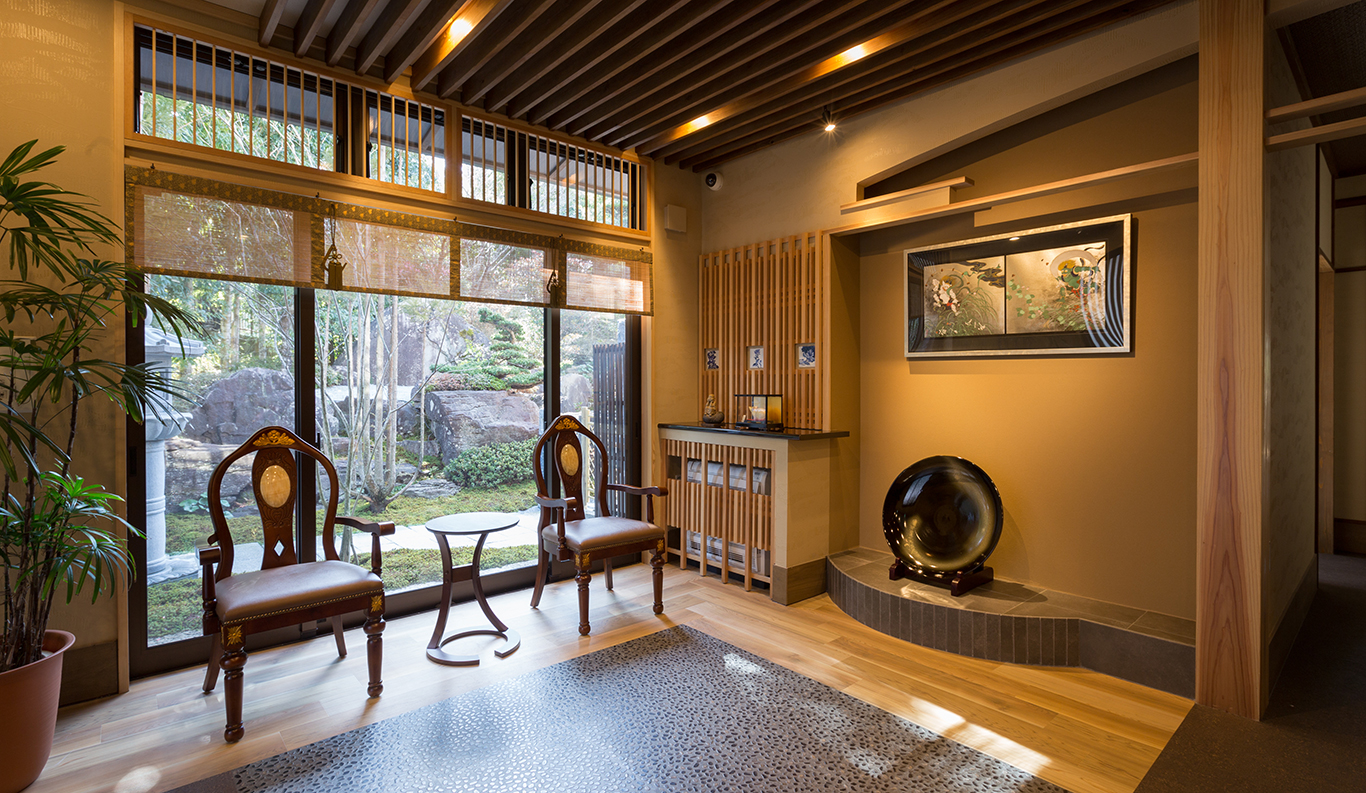 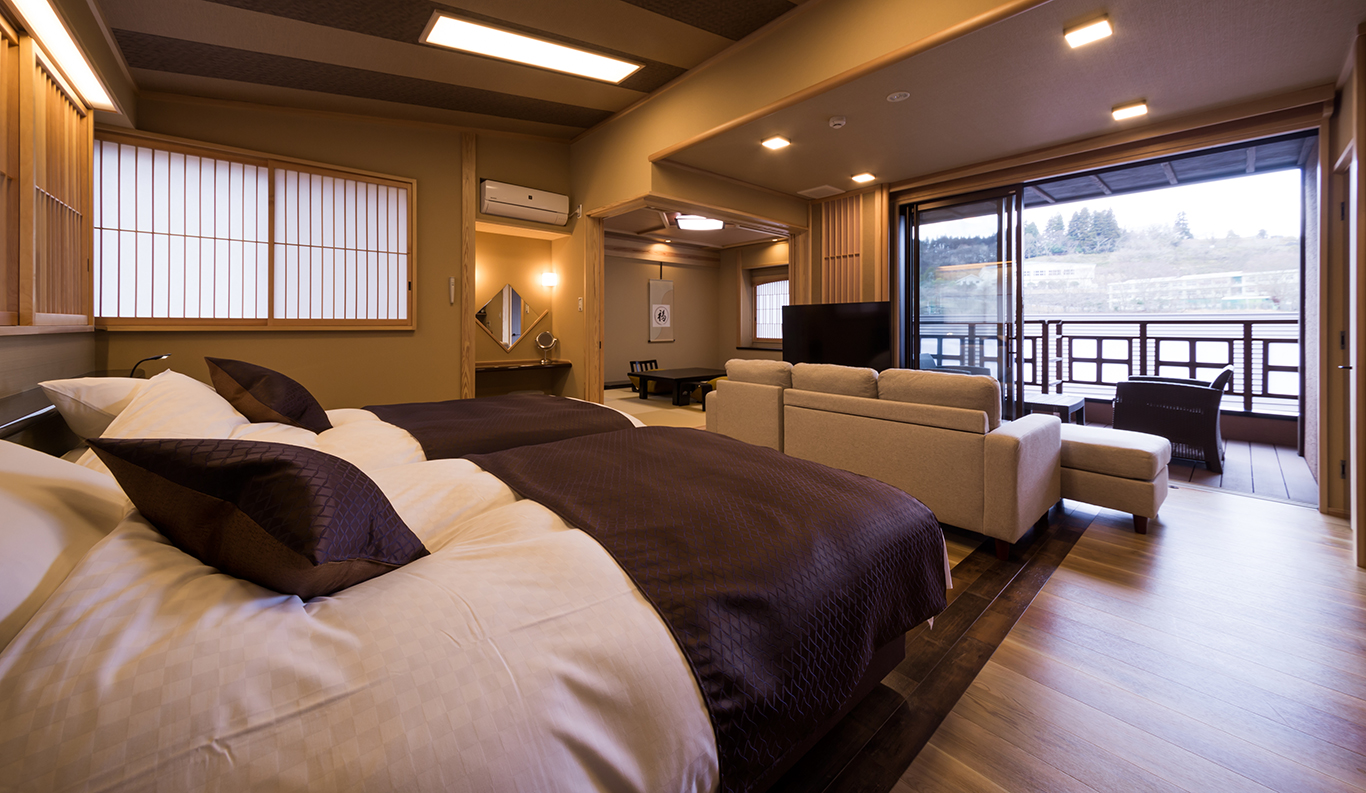 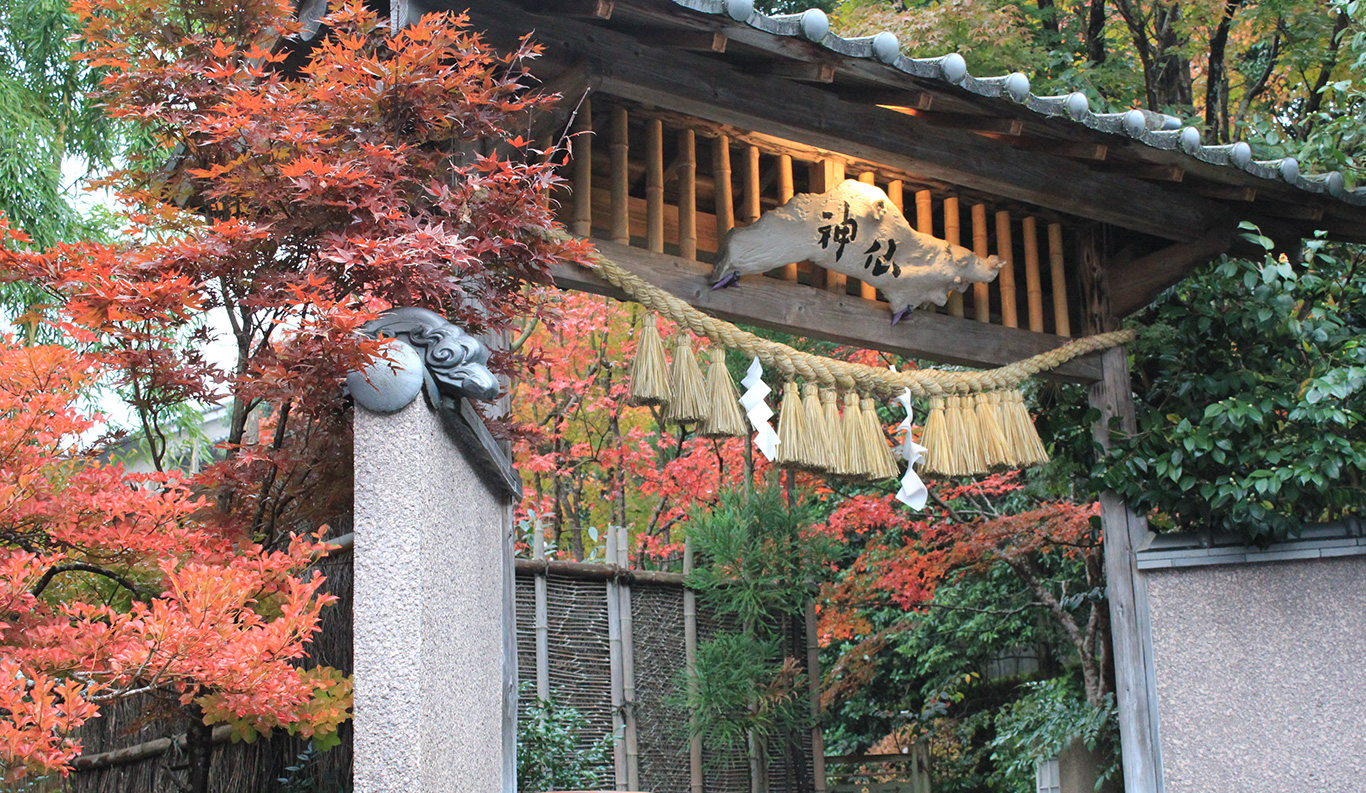 THE STORY
The lovely Shinsen ryokan is nestled serenely in the rolling hills on the flanks of Mt. Aso, in the center of the main Japanese island of Kyushu.
With its mix of tradition and comfort, Shinsen gives its guests a taste of old Japan, while offering all the luxuries and conveniences of the modern world. All the rooms feature beautiful Japanese gardens with artfully arranged rocks, trees and raked gravel, as well as high-end furnishings and amenities.
Kumi Sato, the okami, or proprietress of the ryokan, says, “Our goal is to offer the highest quality of traditional hospitality, along with a light and playful atmosphere to help her guests relax and leave their serious lives and worries behind.” Arising from this philosophy is the most striking feature of Shinsen – the individuality of the rooms. Each has its own unique style and personality, presented with flair, and outfitted with the highest quality furnishings and decorated with beautiful art, traditional ceramics and other crafts.
This and the staff’s unsurpassed omotenashi, or traditional Japanese hospitality, have earned Shinsen a reputation as one of the finest ryokan in Kyushu, drawing repeat customers from around the world. The Satos have formed numerous close relationships with their guests, many of whom come seeking a more authentic Japanese experience in regional Japan.
Above every entrance at Shinsen is a shimenawa, a braided rope often seen all over Japan at New Year’s, and traditionally invites the gods to live in the houses. As per Takachiho tradition, Shinsen keeps the shimenawa up all year round, to bring prosperity and purity to the ryokan and its guests.
With its beautiful surroundings, immersed in ancient local culture and timeless omotenashi, Shinsen is a very special place, which The Ryokan Collection is proud to welcome as a member.
BOOK NOW